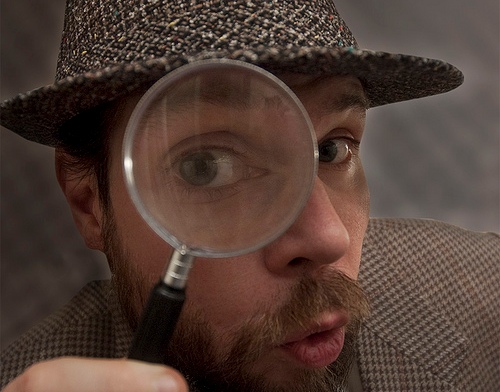 The Center for Immigration Studies (CIS) has made the rather un-astounding discovery that unemployment in the recession-plagued U.S. economy is high, especially among less-educated workers. In a new report, entitled A Huge Pool of Potential Workers, CIS dissects the latest Bureau of Labor Statistics numbers on unemployment and underemployment among the native-born, and notes that there are between seven and eight million unauthorized immigrants currently working in the United States. The report then makes the casual claim that “if the United States were to enforce immigration laws and encourage illegal immigrants to return to their home countries, we would seem to have an adequate supply of less-educated natives to replace these workers.” What the CIS report fails to mention is that the costly and destructive measures which have been proposed to “encourage” unauthorized workers to leave the country have yet to work and adversely affect native-born workers; that many unemployed natives would have to travel half way across the country to reach the low-wage jobs formerly held by unauthorized immigrants; that removing unauthorized workers from the country also means removing unauthorized consumers and the jobs they support through their purchasing power; and that none of this would aid the nation’s long-term economic recovery.

CIS overlooks the fact that the federal government has been trying without success for decades to enforce our current, unworkable immigration system. In addition to skyrocketing expenditures for border enforcement, there have been worksite immigration raids, an expansion of the deeply flawed and error-prone “E-Verify” electronic employment-verification system, and the enlisting of state and local police as immigration-enforcement agents. While these multi-billion dollar initiatives have devastated businesses, communities, and families, they have had no discernible impact on unauthorized immigration or the number of unauthorized immigrants living in the United States. In fact, the only thing that has slowed unauthorized immigration in recent years is the shrinking of the U.S. job market in the face of the current recession. It takes a considerable stretch of the imagination to believe that these enforcement measures are suddenly going to remove all 12 million unauthorized immigrants now in the United States, or somehow persuade them to leave.

Even if CIS could snap its collective fingers and make all unauthorized immigrants vanish, it would still have to magically transport millions of unemployed natives hundreds or thousands of miles across the country to where the jobs formerly held by unauthorized workers actually are. As the CIS report notes, there are high unemployment rates among less-educated natives in states such as South Carolina, Michigan, and Indiana that are home to relatively few unauthorized immigrants. Does this mean that unemployed auto workers in Michigan should pack their bags now in anticipation of dishwashing jobs opening up in California when all the unauthorized workers go home? Moreover, if all the unauthorized consumers in the United States disappeared, many businesses that depend heavily upon their purchases would go under and the U.S. economy would lose jobs.

The CIS report points out—in an epic instance of understatement—that the grim unemployment picture for less-skilled native-born workers “is not proof that immigration has caused this situation. The severity of the current recession clearly is part of the problem.” Yet CIS does not call for policies and programs that create new jobs, or which improve the educational and training opportunities available to less-skilled natives without jobs. Rather, CIS proposes that we shuffle workers among the shrinking number of existing jobs on the basis of where they were born, and that we try to deport our way out the current recession. This is an impractical and cynical vision of our economic future.