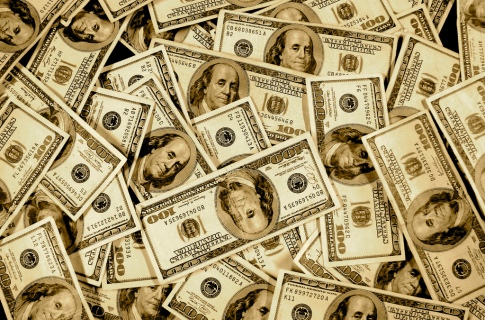 Those policymakers and commentators who argue that we simply cannot afford to enact comprehensive immigration reform in the middle of an economic recession have their facts woefully wrong. According to a new report released jointly by the Immigration Policy Center (IPC) and the Center for American Progress (CAP), the economic benefits which would flow from comprehensive immigration reform would be dramatic. The report, Raising the Floor for American Workers: The Economic Benefits of Comprehensive Immigration Reform, uses a “computable general equilibrium model” to estimate that comprehensive reform which includes a pathway to legal status for currently unauthorized immigrants, as well as the creation of flexible limits on future immigration, would “yield at least $1.5 trillion in added U.S. Gross Domestic Product (GDP) over 10 years.” Moreover, comprehensive reform would “boost wages for native-born and newly legalized immigrant workers alike.”

The report, which was prepared by Dr. Raúl Hinojosa-Ojeda of the University of California-Los Angeles and released today at a CAP/IPC press conference, contrasts the economic benefits of comprehensive reform with the damage that would be done to the U.S. economy by a “mass deportation” campaign to remove all unauthorized immigrants from the country and effectively “seal the border” to future unauthorized immigration. According to the report, if the federal government were to actually attempt the implementation of this fanciful, deportation-only scenario, the likely result would be “$2.6 trillion in lost GDP over 10 years, not including the actual cost of deportation,” as well as widespread job losses throughout the U.S. economy. The report also highlights the tens of billions of dollars which the federal government has already spent over the past two decades in a failed attempt to reduce unauthorized immigration to the United States through enforcement-only policies.

It is especially noteworthy that this report reaches conclusions similar to those of another study released by the more conservative-leaning Cato Institute in August 2009. In that study, Restriction or Legalization?: Measuring the Economic Benefits of Immigration Reform, the authors concluded that comprehensive reform would add roughly $80 billion to the U.S. economy per year. Daniel Griswold, Cato’s Director of Trade Policy Studies, noted during today’s press conference:

We have two different organizations coming to very similar conclusions and that is, enforcement-only is a policy that is not only failed, but has imposed significant cost on Americans as taxpayers…If Congress and the President want to create better jobs and stimulate the economy, then comprehensive immigration reform should be very high on their agenda.

The results of the new IPC/CAP report are, as Dr. Hinojosa-Ojeda emphasizes:

A compelling economic reason to move away from the current ‘vicious cycle’ where enforcement-only policies perpetuate unauthorized migration and exert downward pressure on already low wages, and toward a ‘virtuous cycle’ of worker empowerment in which legal status and labor rights exert upward pressure on wages.

This study sends a crucial message to lawmakers: immigration reform is part of a successful strategy to revive the U.S. economy and help American workers. It is not a legislative luxury.