Immigration Reform Now a Matter of “How” 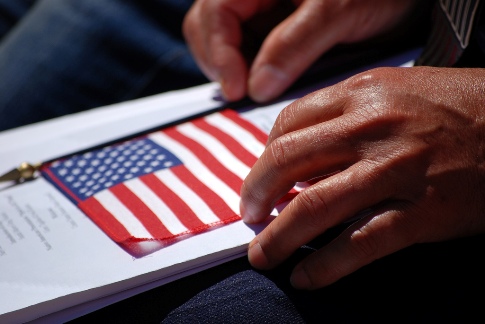 There are plenty of genuine issues worthy of debate in immigration reform—how to really create secure borders and communities, how to predict and manage future immigration flows, how to implement a fair and workable employment verification system, and how to ensure that legal immigration incorporates key values represented by family and work. But what is no longer on the table is whether we should be doing immigration reform, particularly legalization of the undocumented. Yesterday’s release of the IPC/CAP report finally puts to rest the question of whether immigration reform is good for the country. The answer—a resounding “Yes!”

It bears repeating that the bottom line finding of this report is that legalization of 12 million people who are already here in the United States would result in a $1.5 trillion increase in the GDP over the decade following implementation of the law. Taking a more lukewarm approach, that is, simply giving those folks a legal status with no path towards citizenship, cuts that benefit almost in half, but is still a shot in the arm to the tune of $792 billion over 10 years. In contrast, pursuing a mass deportation policy leads to a net loss of $2.5 trillion.

Even more telling, these findings are virtually the same as a Cato Institute report issued last August. Two different major reports coming at the issue from different ideological perspectives, both using scientifically respected economic models, pursued independently, reaching the same conclusion—this is something that can’t be ignored.

These reports confirm what many people have been saying all along—immigration reform isn’t just about immigrants. All Americans benefit from immigration reform because it levels the playing field for all workers. It lets employers who are trying to follow the law do so without worrying about unscrupulous employers who undercut the competition by paying under the table and cutting corners on safety. A well-regulated legal immigration system—that includes addressing the 12 million undocumented immigrants currently in the U.S.—leads to improved purchasing power, better wages, and ultimately the preservation of jobs and a stronger economy.

The road to economic recovery is a long one. We aren’t going to get there arguing about whether immigrants steal jobs, which they don’t. We are going to get there by figuring out what will improve our economy, get us back on our feet, and ensure a better future for our kids. Immigration is part of the solution. Legalization is a pragmatic and sound choice to move us forward. Let’s stop bickering over whether we should do it and move forward in 2010 on the how.