Immigrant Investments in American Business on the Rise 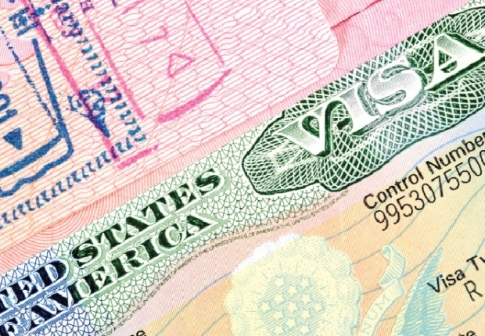 Fresh on the heels of an economic study by UCLA’s Dr. Raúl Hinojosa-Ojeda—a study which demonstrates how comprehensive immigration reform would yield $1.5 trillion to the U.S. GDP over a ten year period, generate billions in additional tax revenue and consumer spending and support hundreds of thousands of jobs—a recent report by the non-partisan Migration Policy Institute (MPI) further highlights the economic benefit of immigration through foreign investments in U.S. businesses. As noted yesterday in a Washington Post article, “the number of foreigners willing to invest $500,000 to $1 million in a U.S. business in exchange for a visa roughly tripled in the past fiscal year”—from 1,443 in fiscal year 2008 to 4,218 in fiscal year 2009.

Established through the Immigration Act of 1990 to stimulate economic activity and job growth, the EB-5 Immigrant Investor visa program grants legal permanent residency to immigrants who can prove that their investment (of at least $500,000 to $1 million) in a U.S. business preserves or creates at least 10 U.S. jobs after two years. Under the program, immigrants can either create their own businesses or invest in government certified “regional centers” which are then accountable for tracking jobs created by the investment. The number of regional centers also tripled last year, from 23 to 74.

According to the article, nearly 70% of the immigrants investors in 2009 came from China and South Korea—countries where nationals can sometimes wait up to 10 years or more for a visa due to our outdated visa quota system. Although the EB-5 Immigrant Investor visa program channels money into local U.S. regional centers, critics of the program complain that the government’s review time for new regional centers is too slow—yet another example of how reforming our immigration system (i.e. expediting government processing/review time) could benefit the U.S. economy.

Another example of how immigrants and immigration reform add to the economy came from a Fiscal Policy Institute report, published last month, which looked at 25 metropolitan areas in the U.S. and concluded that “immigrants are responsible for 20% of economic output and make up 20% of the population in these 25 metropolitan areas combined.” Similar studies by the Immigration Policy Center demonstrate how new Americans contribute to state and local economies.

While state and local governments continue to dig themselves out of the current economic recession, the message here is clear—immigrants are an not only an economic benefit but an economic necessity. Whether it’s creating a path to citizenship for new hard working Americans who invest in our economy or reforming the way visas numbers are set—visas that spur local job growth—smart and thoughtful immigration reform will bring us closer to healthy and vital U.S. economy.