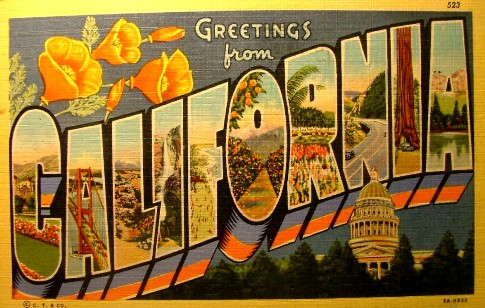 A new report from researchers at the University of Southern California (USC) provides further evidence that immigration reform which includes the creation of a pathway to legal status for unauthorized immigrants already in the United States would yield tangible economic benefits. The report, The Economic Benefits of Immigrant Authorization in California, by Dr. Manuel Pastor and co-authors at USC’s Center for the Study of Immigrant Integration (CSII), estimates that “unauthorized Latino immigrants in California…missed out on approximately $2.2 billion in wages and salary income last year alone due solely to their legal status, and the state lost out on the multiplied impacts of that potential income and spending, suggesting a total potential gain of $3.25 billion annually from authorization.”

The USC report notes that these lost wages also represent “a loss in income and sales taxes that local, state, and federal governments are unable to capture – including $310 million in income taxes for the state and $1.4 billion for the federal government last year.” In addition, if they were “granted legal status, California’s unauthorized immigrants could strengthen our national social safety net by bolstering Social Security and Medicare taxes by an additional $2.2 billion annually.” Moreover, “assuming that newly authorized workers improve education levels and English skills, as happened in previous reforms, wages would rise by another $8.6 billion; along with initial increases from authorization and the multiplier impacts, this is a total gain for California of $16 billion annually.”

The USC study reinforces the findings of two other recent reports which also seek to quantify the economic benefits that would flow from comprehensive immigration reform. On January 7, the Immigration Policy Center (IPC) and the Center for American Progress (CAP) released Raising the Floor for American Workers, which estimates that comprehensive reform “would yield at least $1.5 trillion in cumulative U.S. gross domestic product over 10 years.” Moreover, comprehensive reform “also boosts wages for both native-born and newly legalized immigrant workers.” Similarly, an August 2009 report from the Cato Institute, Restriction or Legalization?, concluded that comprehensive reform would add roughly $80 billion to the U.S. economy per year.

Despite their differing methodologies, these three studies reach remarkably similar conclusions about the economic benefits of creating both a legalization program for currently unauthorized immigrants, and flexible legal limits on future immigration that rise and fall with U.S. labor demand. So far, opponents of comprehensive reform have summarily dismissed the findings of these reports without actually analyzing them. But the evidence is clear: there is a great deal of economic benefit to be gained from measures that empower immigrant workers, consumers, and taxpayers in the middle of a recession. And there is no economic advantage in the pursuit of our current punitive immigration policies, which effectively beat down immigrants’ wages, spending, and tax payments.