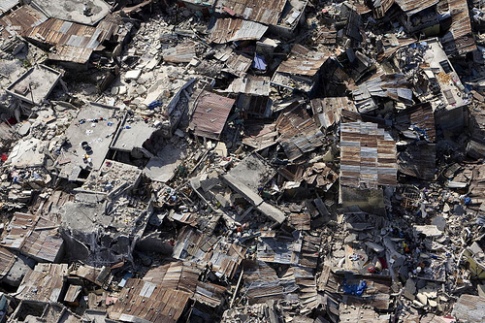 Tuesday’s devastating earthquake in Haiti is the latest and deadliest tragedy to befall one of the world’s poorest countries. As the death toll mounts and the full measure of the destruction is taken in, the call for urgent humanitarian relief is already being answered by the United States. Presumably, those relief efforts will be supplemented by additional long-term foreign aid packages, much like the relief that followed a series of hurricanes and tropical storms in 2008.

Whenever a disaster of this magnitude occurs, however, the immigration arm of the government also must respond. DHS has already announced that it is temporarily suspending the removal of Haitians scheduled to be returned to their country. Thousands more—some here as temporary visitors, others seeking asylum or currently in immigration proceedings, and many more here as undocumented immigrants—face an uncertain future.

Immigration advocates quickly began to call on the Administration to provide Temporary Protected Status (TPS) to Haitians currently here in the United States. TPS is a humanitarian program, administered by the Department of Homeland Security, designed to provide short-term legal status to nationals of a foreign country when emergency conditions in their homeland make it perilous to return. While TPS is sometimes designated based on ongoing armed conflicts within a country, it is more often granted following a major national disaster, such as an earthquake or hurricane. A TPS designation based on a natural disaster requires first that the affected country request the designation, that DHS and the State Department determine that a substantial but temporary disruption of living conditions has taken place, and finally that the country is temporarily unable to handle the return of its citizens who are abroad.

Given Haiti’s chronic poverty, civil unrest, and lack of infrastructure, coupled with frequent and punishing tropical storms and hurricanes, it seems that granting TPS for Haiti would have been an easy policy decision many times over in the last decade. Thus far, however, nationals of Haiti living in the U.S. have never been eligible for TPS. Haiti’s proximity to the U.S., politicians’ fear of mass exodus, and trumped up national security claims, such as those made under Attorney General John Ashcroft, have kept Haitians in limbo for years.

During a national call with advocates on Wednesday, the White House acknowledged the many voices already calling for TPS, but said it intended to focus on immediate relief efforts in the coming days. In President Obama’s pledge of support yesterday, he stated that a response to Haiti’s devastating loss will “require every element of our national capacity” and that “Haiti must be a top priority for [U.S. diplomatic, developmental and military] departments and agencies”—which begs the question, “Doesn’t granting TPS to unauthorized Haitians currently in the U.S. count as a “top priority?”

Past administrations, however, have a history of denying Haitians protection. As reported in the L.A. Times, DHS deported 30,000 Haitians in February 2008, as first ordered by the Bush administration, which left 600 Haitians languishing in detention centers after the Haitian government stopped issuing travel documents. To say nothing of the fact that the U.S. has generously offered TPS to other nations in need following national disasters—namely to “82,000 Hondurans and 5,000 Nicaraguans after Hurricane Mitch in 1998 and to 260,000 Salvadorans after an earthquake in 2001,” according to Think Progress’s Wonk Room.

Meanwhile, both Republican and Democratic leaders continue to urge the Administration to grant TPS to Haitians in the U.S. According the L.A. Times:

Lincoln Diaz-Balart, Mario Diaz-Balart and Ileana Ros-Lehtinen wrote a letter to Obama arguing that “the combined destruction from today’s catastrophic earthquake and the previous storms clearly makes forced repatriation of Haitians hazardous to their safety at this time…We strongly believe that it is for such a situation that Congress created TPS.” Even Broward Democrat Alcee Hastings added his name to the effort, calling it “not only immoral, but irresponsible” to send the illegal Haitians back home.”

The problem, however, is that a TPS designation takes time. Both the State Department and DHS have lengthy review procedures that analyze and calculate a range of requirements, followed by even more analysis within the White House itself. And the longer the Administration waits to consider whether or not to grant TPS, the more likely it is that desperate Haitians will make their way to the country anyway, simply hoping that this time the U.S. will treat them well. Instead, a quick decision to grant TPS, coupled with relief measures designed to help people rebuild their lives in Haiti, is a much better prescription for managing the flow of desperate human souls who emerge from the rubble of Port au Prince.