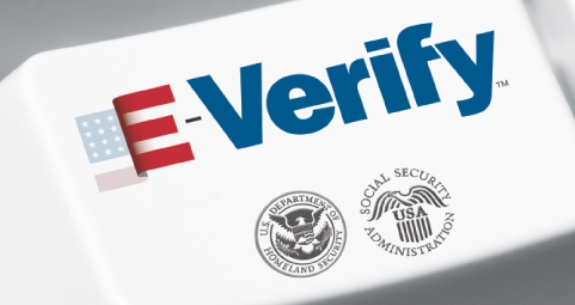 The E-Verify website claims that the process for verifying whether workers are authorized for employment in the United States is simple. The practices of the Social Security Administration (SSA), the agency that jointly administers E-Verify with the Department of Homeland Security, tell a different story. According to a report released this month by the SSA Inspector General, though required by law, the agency failed to use E-Verify on nearly 20 percent of their new hires. The report documenting SSA’s myriad mishaps is proof of what workers’ rights advocates have long believed: E-Verify is still not ready for widespread use.

SSA not only failed to use the electronic system in a large percentage of their own hires, but improperly ran checks on 169 volunteers and individuals who had not yet been hired and violated program rules with respect to the timing of its verifications 49 percent of the time. These actions are in direct violation of the law and would have disastrous consequences if mimicked on a national scale.

Like its predecessor Basic Pilot, E-Verify is an electronic employment verification program that attempts to instantly determine whether a new hire is authorized to work in the United States. Unfortunately, this system is riddled with errors that can prevent U.S. citizens and work-authorized immigrants from securing employment. Furthermore, the SSA report shows that improper use of the program can and does occur with alarming frequency.

E-Verify is also susceptible to abuse and misuse by employers who violate program rules. A government-sponsored study, for example, found that 22 percent of employers restricted work assignments, 16 percent delayed job training, and 2 percent reduced pay based on database errors. This can be particularly devastating for foreign-born workers, who have encountered an E-Verify error rate of nearly ten percent. At a time when our unemployment rates hover in the double digits, we need to strengthen workers rights and access to jobs, not impose additional roadblocks.

These problems will be felt deeply by the states and localities that are increasingly adopting mandatory E-Verify laws to “look tough” on immigration. In Arizona, which enacted such a law, use of E-Verify has led to significant hardship for employers and workers alike. A 2008 survey of 376 immigrant workers in Arizona found that 33.5 percent had been fired, apparently because of E-Verify database errors, but that none had been notified by employers that they had the right to appeal the finding

Excessive verification systems that keep authorized workers and citizens out of jobs will harm our economy when we can least afford it. Rather than expand a program that cannot be administered properly by those charged with monitoring it, SSA should work with Congress on creating a system in which workers’ jobs and rights are protected and promoted.