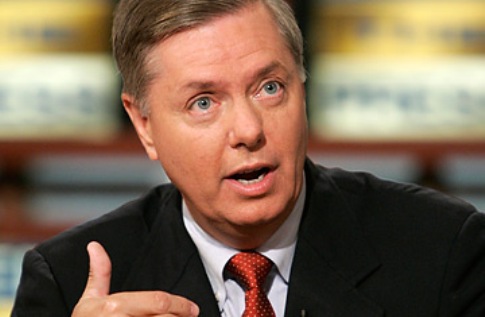 In response to the election of Massachusetts Republican Scott Brown to the U.S. Senate—which many Republicans are spinning as a loss of political momentum for President Obama and as a victory over health care reform—South Carolina Republican Senator Lindsey Graham today expressed a willingness to tackle tough issues, including immigration. In a Congress Daily article this morning, Graham confronted partisan politics:

Recall that Sen. Chuck Schumer (D-NY) reached out to Senator Graham last year to garner GOP support for immigration reform. While Sen. Graham has not always been in favor of common sense solutions to our broken immigration system, he has shown himself to be at least one Republican leader who understands the importance of bipartisanship—especially when it comes to immigration reform.

There is a school of thought that comprehensive immigration reform (CIR) is a bill that could be both politically popular and passable within both houses of Congress because of its bipartisan nature. Markos Moulitsas of Daily Kos, writing in The Hill, suggests that not only is CIR passable, but that it may be the saving grace for Democrats scrambling to get something done before the midterm elections this year.

With the media continuing to spin the divisive health care reform bill as a lost cause, one tough step may be convincing legislators that CIR is, in fact, popular among voters across the political spectrum. According to a recent poll, 62% of Republicans said “yes” when asked whether they support Congress passing CIR. Support for CIR has also held steady despite the flagging economy, with changes in poll numbers minimal since November. These numbers are important to keep in mind, as Congress will most certainly face loud opposition from a vocal minority who seek to stop CIR.

Another challenge will be avoiding the “Bridge to Nowhere” resolution currently being offered by more conservative House Republicans and Democrats. This laughable resolution proposes to do more of the same—mandating the use of E-Verify, increasing already overly expensive and ineffective border enforcement, and doing nothing at all to address the twelve million undocumented immigrants already present in the United States. Executive Director of America’s Voice, Frank Sharry, described the resolution as an attempt to “continue the same failed strategies over and over again and hope that one day they will work.”

The next step for CIR is a meeting between Senator Schumer and Senator Graham where the latter expects the two leaders to give “honest assessments” of where their respective parties stand on CIR. Let us hope that the failed enforcement only strategies of the past are ignored and instead leaders focus on comprehensive solutions that work not only in the near future, but in the long term as well.