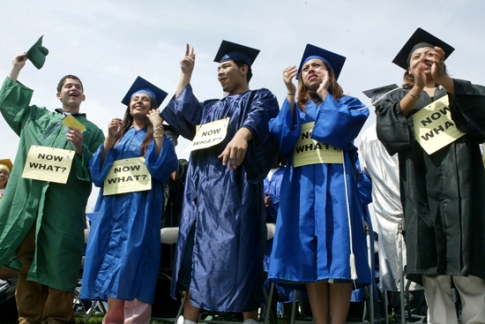 Senators Richard Durbin (D-IL) and Richard Lugar (R-IN) have done something that is increasingly rare in Washington—they have issued a bipartisan request for a concrete change in immigration policy. Today, Senators Durbin and Lugar asked Secretary Janet Napolitano to defer deportation of students who would qualify for the DREAM Act. As the lead sponsors of this bipartisan legislation (S. 729)—which would give legal status to students who arrived in the U.S. before the age of 15, have lived in the U.S for at least five years, and are pursuing their education or serving in the military—they have a particular interest in the fate of students who are caught right now in the clutches of deportation.

In a functional and rational Congress, the DREAM Act should be a no-brainer—and should have passed long ago (when it came to the Senate floor in 2007, the cloture vote failed 52-44). As the Senators note in their letter, DREAM is “narrowly tailored to assist only a select group of young people, many of whom came here with their parents at an age when they were too young to understand the consequences of their actions,”—that is, the DREAM Act is designed to protect kids who are American in everything but their birth certificate—the true “innocents” in the immigration wars. Although the DREAM Act has been introduced in every session of Congress since 2001, this is the first time that its co-sponsors have ever taken the dramatic step of asking for deferred action. The request reflects increased pressure to do something to swing the pendulum back to a more rational approach to immigration.

Deferral of deportation itself is nothing new. DHS has the power to defer a deportation order or decline to initiate removal proceedings against any individual based on the Secretary’s inherent prosecutorial discretion. In other words, just like a federal prosecutor, DHS officials have the power to decide who is a priority, who should be put in removal proceedings, and who, ultimately, must be deported. The mere fact that a deportation order exists doesn’t mean—and never has meant—that a person can’t ask for deferral for humanitarian reasons. This usually happens on a case by case basis; but there is also a history of broader responses in situations where the Secretary or the President determines that resources or priorities warrant it.

For instance, the Obama administration deferred deportations in the immediate wake of the earthquake in Haiti, prior to granting TPS. Following clear evidence that Congress would pass special protections for widows and orphans of US citizens, the Administration in June 2009 ordered deferred action to protect affected widows and orphans until the bill became law. DHS granted deferred action for nearly 5,500 foreign academic students adversely impacted by Hurricane Katrina in 2005. Following Tiananmen Square, President Bush issued an executive order deferring the deportation of any Chinese students in the country on June 5, 1989 until January 1994. President Bush also issued deferred enforced departure for at least 190,000 Salvadorans following the end of TPS in 1994 . The time wasn’t right to send them home and it wasn’t right for legislation.

Deferred action for DREAM Act students serves a lot of purposes. It changes the dynamics of the debate by shifting the emphasis from the individual case to the broader policy objective. In this specific case, it highlights the plight of students brought to the U.S. as children whose contributions to the country and the economy could be tremendous, if only they had a chance. It gives the President a specific policy request that allows him to signal support for the DREAM Act and room to highlight the inaction of Congress. In a broader sense, it moves the debate on comprehensive immigration reform forward by directly challenging the enforcement-only mentality that seems to have gripped the country (and parts of DHS) yet again.

Even more important, the fact that this a bipartisan request in the midst of such a partisan fight is a reminder that there can be a way forward when people stop talking party politics and think instead about the people at the center of the immigration debate. Deferred action could mean a lot from a policy perspective, but it could also mean that a high school kid in Indiana gets to spend his senior year getting ready for college instead of a deportation hearing. Senators Durbin and Lugar deserve a round of applause for defying convention and moving the country forward.