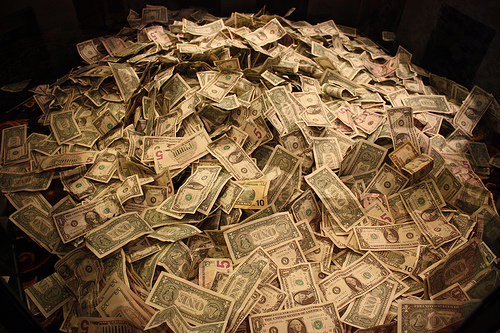 As the deadline for signing/vetoing Arizona’s immigration enforcement law (S.B. 1070) draws near, Arizona Governor Jan Brewer has more than just the moral and ethical implications of the law to consider. The proposed “Support Our Law Enforcement and Safe Neighborhoods Act,” a bill that makes it a misdemeanor to fail to carry proper immigration documents and requires police to determine a person’s immigration status, could come with heftier price tag than people may realize. While the Arizona legislature has not yet determined the costs associated with S.B. 1070 (the state legislature failed to attribute a cost in their attached fiscal note), several economic indicators reveal the potential cost of implementation to Arizona taxpayers and the residual consequences of driving unauthorized immigrations out of Arizona.

Gov. Brewer touts a $10 million investment in local law enforcement—federal stimulus money the state received from American Recovery and Reinvestment Act. But $10 million is nothing when it comes to the actual cost of implementation—which includes processing fees, jail costs, attorney and staff fees and the additional detention facilities that would need to be built to accommodate the additional inmate flow. In response to a similar Arizona enforcement bill in 2006 (which then Gov. Janet Napolitano vetoed), Yuma County Sheriff Ralph Ogden produced a fact sheet which shows the staggering potential cost to law enforcement agencies in Yuma County.

According to the fact sheet:

And that’s just in Yuma County alone. Yuma County has a population of 200,000 and is only one of fifteen counties in Arizona. The above implementation cost could reasonably be magnified to consider the cost for all Arizona counties.

In addition to implementation costs, Gov. Brewer should also consider the costs of defending the state against potential lawsuits on behalf of legal immigrants and native-born Latinos who feel they have been unjustly targeted. For example, the city of Farmers Branch, TX, passed an ordinance in 2006 (now overturned) which required landlords to verify potential renters’ immigration status. To date, the city has spent $3.2 million in legal fees defending itself since September 2006—and the bill is expected to exceed $5 million by the end of fiscal year 2010. Hazelton, PA, is also engaged in a similar fight over rental ordinances.

This is to say nothing, of course, of the number of immigrants and Latinos who would potentially leave the state due to the new law—taking with them their tax dollars, businesses and purchasing power. Arizona’s budget is already in the hole by more than $3 billion.

According to an Immigration Policy Center (IPC) fact sheet:

Clearly, implementing S.B. 1070 comes with both large economic and political price tags. But just as Gov. Brewer should consider the economic and political implications of signing this law, so should Congress consider their responsibility in moving forward with immigration reform. At a naturalization ceremony at the White House this morning, President Obama remarked that all Americans will foot bill for our failure to reform our broken immigration system. Arizona’s new law is just the latest reminder of that failure.

Indeed, our failure to act responsibly at the federal level will only open the door to irresponsibility by others. And that includes, for example, the recent efforts in Arizona, which threatened to undermine basic notions of fairness that we cherish as Americans, as well as the trust between police and their communities that is so crucial to keeping us safe.

In fact, I’ve instructed members of my administration to closely monitor the situation and examine the civil rights and other implications of this legislation. But if we continue to fail to act at a federal level, we will continue to see misguided efforts opening up around the country.