Will State Legislators Continue to Pull the Plug on Restrictive Immigration Measures? 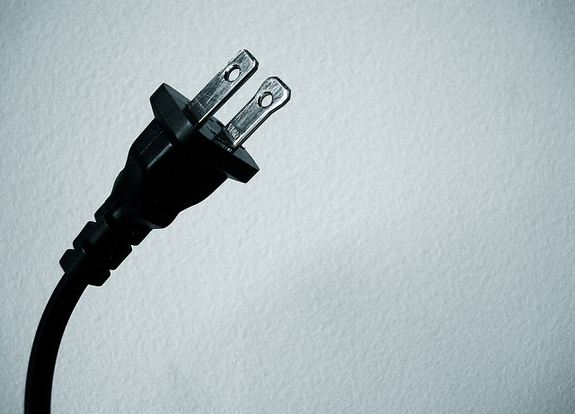 While some state lawmakers continue to tango with restrictive immigration bills this week, others pulled the plug on measures they worried were too costly or politically risky. Lawmakers in Arkansas, New Mexico and Nebraska voted down (or anticipated the failure of) measures that would restrict access to preventative medical care, tuition equity and driver’s licenses for undocumented immigrants. Others, however, in Michigan, Georgia, Indiana and Arizona continued attempts to move costly enforcement laws. But a trend emerged from the states this week, a trend that has been brewing over the last few months—lawmakers are tired of the restrictionist status quo. They—like the folks in Texas, Michigan and Utah this week—want real solutions to our immigration problems that won’t financially or morally bankrupt their state.

Yesterday, a Senate committee in Utah narrowly passed SB 60, a progressive immigration bill introduced by state Sen. Luz Robles (D-Salt Lake City) as an alternative to state Rep. Stephen Sandstrom’s Arizona-style bill (HB 70). Sen. Robles’s bill allows undocumented immigrants to live and work in Utah after they’ve registered with the state. State Sen. Mark Madsen (R-Eagle Mountain), the swing vote, said he voted for the bill (which now advances to the Senate floor) because he wants there to be more to the discussion than just enforcement:

He said he wanted to make sure the debate Robles started — moving away from an enforcement-only, punitive approach to illegal immigration — continued to have a voice in the process. […] “I’m going to vote for this because I want to see robust discussion on this.”

In Nebraska this week, state Sen. Charles Janssen said he expects his Arizona copycat bill (LB 48) to die in committee since the majority of committee members believe immigration is a federal issue. The committee, like the hundreds of protesters who recently rallied outside the state capital, also fears the law could lead to discrimination.

Thousands also rallied outside the Texas state capital in Austin this week to protest the “dozens of bills that, if passed, would hinder economic development, stymie education and — above all — encourage racial profiling in the Lone Star State.” State Sen. Jose Rodriguez, for one, seems tired of towing the same restrictionist legislative line. Earlier this month, Sen. Rodriguez introduced SB 600, a bill that prohibits police from asking about the immigration status of a victim of or witness to a crime, highlighting the trust the El Paso police have with the Latino community. El Paso is counted as one of the safest big cities in the U.S.

An Arkansas House panel rejected a bill (HB 1292) this week that would further restrict undocumented immigrants’ access to state benefits (a restriction that already exists), except in the case of emergency. Gov. Mike Beebe raised concerns that the bill, which restricts access to immunizations, would risk the health of other students by allowing some to go to school without the proper vaccinations. Committee members also worried about the cost of implementation, the role of health care workers as immigration agents, and the overall “negative impact on the health of the state.” The bill’s sponsor, state Rep. Jon Hubbard, said that many conservative bills have recently died in committee. “You just kind of take that and see what you surmise from that.” Another immigration bill (HB 1008) requiring citizenship for in-state tuition was tabled.

And in New Mexico, a Senate committee recently passed SB 151, a bill which bars individuals from asking for proof of immigration status within 200 feet of emergency rooms, school, health care clinics, and other key community gather places, as well as SB 152, a bill prohibiting state and local law enforcement agencies from accepting federal funds to enforcing federal immigration laws. The Senate also rejected two bills this week that would bar undocumented immigrants from obtaining drivers license—a law that has been on the books since 2003.

While some state lawmakers reject the enforcement-only approach to immigration, others—like state Sen. Russell Pearce, author of Arizona’s SB 1070—continued to sink their state in restrictionist quicksand. This week, state Sen. Pearce introduced an immigration omnibus bill (SB 1611) that would force schools and hospitals to ask for proof of citizenship, landlords to evict undocumented immigrants and the state to issue special birth certificates denying undocumented immigrants “Arizona citizenship.” Critics complained that state Sen. Pearce is trying to rewrite the “core values of the country” while the already financially strapped business community fears an even bigger dent in their pocket books.

Michigan also introduced an Arizona-style enforcement measure this week, HB 4305, amidst concerns of racial profiling and a new report from the Michigan League for Human Service detailing how the law would hurt Michigan’s economy. And in Georgia, state Sen. Jeff Mullins added yet another Arizona-style bill to the state’s pile, SB 104 which specifically targets day laborers. The Georgia Municipal Association and the Association County Commissioners, as well as the ACLU and other advocates, worry the bill would “assure a tremendous negative impact on Georgia’s economy and people.”

And finally, the Indiana Senate passed enforcement law SB 590 this week by a 31-18 vote. The bill now goes to a Republican-led House for further consideration. Indiana Attorney General, Greg Zoeller, however, as well as a city, business, religious and education leaders, clearly want an alternative to this restrictive measure. They recently signed the Indiana Compact which calls immigration a federal issue and stresses the economic role immigrants play in Indiana.

Although states continue to consider “get tough” immigration measures, many city, business and civic leaders emerged this week with a message—’there are better solutions to immigration than the status quo, so let’s find them.’ Enforcing our laws is important, but it’s not a solution by itself.