Immigrants Are Not the Cause of Minority Unemployment and Low Wages 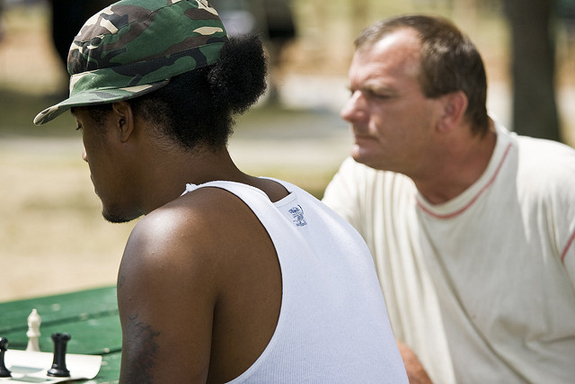 Nativists are fond of grandstanding over the plight of minority workers in the United States. While not particularly concerned with civil-rights issues, anti-immigrant activists are quick to cast themselves as defenders of the downtrodden when they blame immigrants for the high unemployment rates and low wages that are all too common among minorities. For instance, a recent hearing of the House Immigration Policy and Enforcement Subcommittee, entitled “Making Immigration Work for American Minorities,” featured a number of nativist stalwarts who claimed to have the best interests of minorities at heart as they held immigrants responsible for virtually every socioeconomic ill to befall minority communities. However, the best available evidence indicates that immigration is not the cause of dismal employment prospects and poor wages for American minorities.

The grim job market which confronts many minority workers is created by economic and social factors that have nothing to do with immigration. According to Yale University economist Gerald D. Jaynes, the impact on less-educated native-born workers of competition with immigrant workers “is swamped by a constellation of other factors (such as declining factory jobs and other blue-collar employment).” Similarly, Manuel Pastor of the University of California, Santa Cruz, concludes that there are factors far more significant than immigration contributing to unemployment and low wages among African American men, such as “the rising level of skill requirements of jobs, racial discrimination, and spatial mismatch between the location of employment opportunities and residential locations of blacks.”

The most recent economic research indicates that immigration actually produces a slight increase in wages for the vast majority of native-born workers. This occurs in two ways. First, immigrants and natives tend to have different levels of education, work in different occupations, and possess different skills. The jobs which immigrants and natives perform are frequently interdependent. This increases the productivity of natives, which increases their wages. Second, the addition of immigrant workers to the labor force stimulates investment as new restaurants and stores open, new homes are built, etc. This increases the demand for labor, which exerts upward pressure on wages.

Immigrants also create jobs as consumers and entrepreneurs. Immigrant workers buy food, clothes, appliances, cars, etc. from U.S. businesses. And businesses respond to the presence of new workers and consumers by investing in new restaurants, stores, and production facilities. Moreover, immigrants are 30 percent more likely than the native-born to start their own business. The end result is more jobs for more workers. As economist Giovanni Peri of the University of California, Davis, concludes, “immigrants expand the U.S. economy’s productive capacity, stimulate investment, and promote specialization that in the long run boosts productivity,” and “there is no evidence that these effects take place at the expense of jobs for workers born in the United States.”