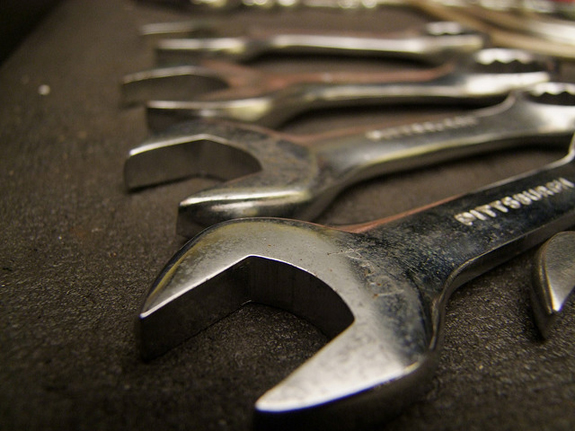 Virtually every time anyone proposes administrative reforms to the immigration system, someone in Congress calls it amnesty. The discussion at the Migration Policy Institute (MPI) today, in which immigration policy experts discussed six administrative fixes that the Obama team could implement without legislation, shows just how much can be done with executive branch authority. The report, Executive Action on Immigration: Six Ways to Make the System Work Better, authored by Donald Kerwin, Doris Meissner, and Margie McHugh, suggests specific policy measures which could, during a period of congressional inaction, help “improve and strengthen the performance of the nation’s immigration system.” The MPI authors recommend that the Obama administration:

Also present at the event was Acting Director of the Executive Office for Immigration Review (EOIR), Juan Osuna, who echoed the need to define “effective border control” and stated that it was tough to get any work done on the border because some politicians keep “moving the goalposts back.” The idea is that if the administration can define effective border control, they could work to reach these benchmarks and conduct an immigration debate which doesn’t begin and end with border security. Osuna’s goalpost sentiment was also expressed by DHS Secretary Janet Napolitano last fall.

MPI author Margie McHugh, whose work focuses on immigrant integration, promoted the idea of a White House Office on Immigrant Integration. While this idea has been proposed in the past, McHugh stated that she was optimistic that this particular reform was one that could be accomplished in the next two years.

Leadership on integration is needed now more than ever, as the recent budget passed by the House and many state budgets seem set to cut immigrant integration programs. As MPI points out, while most of the debate on immigration has focused on highly controversial issues dealing with the unauthorized population and future flow, an integration program seeks to “promote the success” of immigrants lawfully admitted to the U.S., as well as the communities they reside in. A successful program would use educational tools like adult language education, community colleges and other postsecondary institutions to help integrate immigrants and their families, improving their quality of life as well as the quality of life for the community they reside in.

All of the proposals laid out by MPI today are common sense recommendations that ask the Administration to use its wide ranging authority with care and discipline. While these reforms only scratch the surface, they show that the Obama administration can act, even when Congress is at a standstill. These reforms are also better solutions than proposed state legislation which has generally proven to be costly, confusing, and less than constitutional. Hopefully, Obama administration officials present at today’s event were listening and , taking notes since these reforms could help set the stage for comprehensive immigration reform by creating some breathing room without raising the A word.