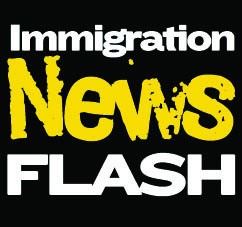 Utah Governor Gary Herbert signed a package of controversial immigration bills today in the Utah’s state capitol. The measures include a series of immigration bills passed by Utah’s legislature last week, including HB 497 (a revised SB1070-inspired immigration-enforcement bill), HB 116 (which creates a guest worker program through federal waivers) and HB 466 (which sets up a temporary worker pilot program with Mexico). While many have applauded Utah’s efforts to look beyond the narrow scope of enforcement-only measures to a more sensible immigration debate, the same people question the constitutionality of these measures—including the state’s own Attorney General.

As the Deseret News points out, Utah’s more nuanced approach to the state’s immigration problems shines the spotlight on Congress’s inaction on a federal solution:

While the governor and legislative leaders commended the process and the goodwill of divergent voices in seeking compromise on the package of bills, all called out the federal government for shirking its responsibility in addressing the issue.’

“It’s time you (federal government) step up and do what you’re constitutionally mandated to do,” said Rep. Curtis Bramble, R-Provo.

Supporters and critics alike now wait for a response from the federal government and civil rights groups over the measures constitutionality.