Report on Birthright Citizenship Low on Facts, High on Fantasy 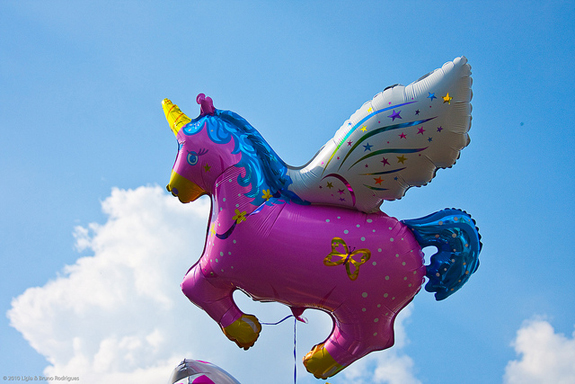 Sometimes it’s easy to miss the most outlandish and unrealistic statements made in the immigration debate given the level of dialed up rhetoric. A recent report from the Center for Immigration Studies (CIS), however, appears to have been written to test just how far into the realm of fantasy the debate can be taken. In Birthright Citizenship for the Children of Visitors: A National Security Problem in the Making?, author W.D. Reasoner (a pseudonym) makes so many preposterous assumptions and calculations that one wonders whether the author used an alias to avoid embarrassment.

In their latest effort to scare people about the imminent threat of babies, the paper attempts to estimate the number of U.S. citizen children born to foreigners in the U.S. on temporary non-immigrant visas in one year. However their “methodology” is deeply flawed. Here’s an example of how they calculate the number of babies born to tourists:

CIS calculates the total number of women aged 18-34 who were admitted as visitors for pleasure in 2009 and arrives at 3,890,774. Determining that 20% of these women (778,154) remain in the U.S. long enough to have a child (3 months or longer), CIS “calculates what percentage of these women might in fact give birth” by looking at the “fertility of recently arrived foreign-born women.” The paper relies on U.S. census data that shows that 5% of all foreign-born women aged 18-35 who arrived within the last year reported giving birth during the year. But they then apply this 5% fertility rate to the tourist population and find that 39,000 births may be attributed to women who arrived as tourists.

They do similar calculations for other short-term non-immigrants on temporary visas and those who arrive from Canada and Mexico without I-94s and arrive at a grand total of 192,100 to 199,200 estimated births in 2009 from all foreign visitors.

Looking at recent Census data, however, we see that 2,381,000 women between 20 and 34 arrived between 2000 and 2009, or roughly 264,555 each year. Applying that 5% fertility rate to foreign-born women who arrived within one year, you get about 13,000 possible births. So CIS apparently believes that tourists and other short-term visitors have 15 times as many babies as foreign-born residents in the U.S. Really?

There are other problems as well.

Admissions vs. People. CIS’s calculations are inconsistent. For example, counting admissions is not the same as counting persons—the same person can be admitted several times in one year, and it is impossible to determine the number of unique admissions.

Fertility. Using this 5% fertility rate from the Census Bureau is highly problematic because a disproportionate share of those 5% would be legal permanent residents and other women who intend to remain in the U.S. for a longer period of time. One cannot apply the same fertility rate to tourists and other short-term residents as is used for residents who have families in the United States.

Gender. The fact that the report focuses exclusively on women either reflects some disturbing gender biases or a fundamental misunderstanding of how babies are made, or both. The insinuation seems to be that women of child bearing age cannot resist the biological impulse to have a baby, and that men (whether foreign born or U.S. born) play no role in the process.

Citizenship of Parents. CIS’s calculations ignore the fact that, while one parent may be a tourist, the other parent is more likely to be a U.S. citizen or green card holder. In other words, they are counting the children of U.S. citizens and legal permanent residents among the “anchor babies.”

Piling on to a foundation of faulty methodology, the author then takes another huge leap and suggests that the U.S. citizen children of nonimmigrants are threats to national security because they “enter and reside in the United States whenever and wherever he chose, secretly harboring his hatred, an unknown sleeper agent of al Qaeda or any of the other multitude of terrorist organizations with an anti-Western bias and a violent anti-American agenda, waiting for the call to arms.”

There is absolutely no evidence that the child of a tourist or foreign student is more likely to be a terrorist than the child of a U.S. citizen. In fact, it is far more likely that U.S. citizen children of foreign visitors would serve in the military, become entrepreneurs, make important scientific discoveries, work as Congressional staff, hold public office, and otherwise contribute to the U.S.

Rather than continuing a debate that is fueled by fiction and irresponsible rhetoric, we need an honest discourse about how to create an immigration system that works for the U.S. economy and for U.S. families.