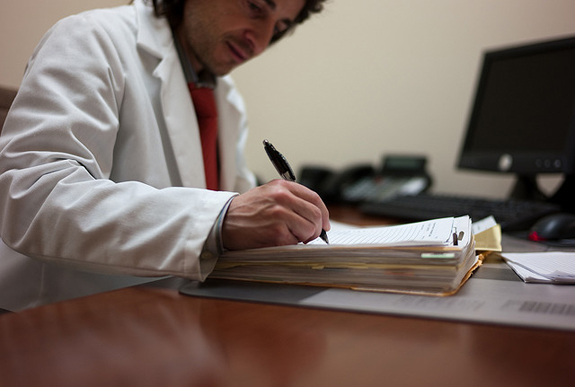 While Americans are justifiably worried about high unemployment levels and the “jobless recovery,” Reps. Lamar Smith, Steve King, and Elton Gallegly are attempting to use America’s concerns as an opportunity to pass more restrictive immigration policies. In fact, immigration restrictionists across the country have taken advantage of the poor economy to push their anti-immigrant agenda. But there’s another story to be told. Last week the Wall Street Journal reported that there are simply not enough doctors in the U.S. to treat the population. Some areas are already experiencing doctor shortages, and as the new health care law is fully implemented, more and more people will be eligible for health insurance and will need care. As many as 150,000 doctors could be needed in the next 15 years. Immigrants will most certainly be helpful in filling the gap.

Immigrants are already an important force in the health care industry—comprising 27.3% of all physicians, 20.1% of all nursing, psychiatric and home health aids, and 18.7% of all dentists, pharmacists, and lab technicians in the U.S., according to data by the Immigration Policy Center.

Some, however, will argue that native-born U.S. citizens should be taking those jobs, and they are. But experts acknowledge that, at current graduation rates, the U.S.’s medical schools will not be able to meet the shortfall. Moreover, the greatest demand will be for primary care doctors, but the number of medical school students entering this specialization has dropped by more than 25% in recent years.

The health care reform bill provided some incentives to encourage more Americans to become medical professionals, and several new medical schools have opened. But even as more native-born workers pursue jobs in the health care industry, immigrants can complement the U.S. workforce and help to fill the gap.

Demonizing immigrants for “stealing American jobs” glosses over the fact that immigrants have and will continue to play an important role in filling labor gaps in the U.S. Even with the current high unemployment rates, immigrants are still filling jobs that are experiencing shortages. As the economic recovery continues, the U.S. will continue to look to immigrants to complement the U.S. labor force in certain sectors and industries.

It’s important that the U.S. gets it right—our immigration policy must be an effective tool to help drive the economy. It is clearly not the only tool as emphasizing training and education for U.S. workers is critical as well. But our current employment-based immigration system is out-of-date and in dire need of repair. Congress should stop using the economy as a predicate, and should start designing and implementing effective immigration strategies to help our economy recover.