Is Arizona’s Rejection of Anti-Immigrant Measures a Bellwether for Other States? 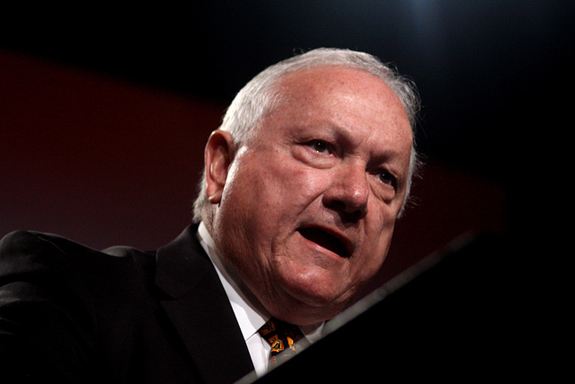 Last week, Arizona’s business community worked with state Senators to kill an omnibus package of anti-immigrant bills—bills which included provisions to limit citizenship to the U.S. born children of immigrants and would have teachers and medical professionals checking people’s papers. While the content of these bills seemed like a draconian stretch, many thought if any state was going to pass such measures, it would be Arizona. But common sense prevailed when these anti-immigrant bills were overcome by sensible voices asking the right questions—are these bills economically or politically feasible for our state? The question now is whether other states will again take Arizona’s cue on immigration.

As we continue to try and improve Arizona’s economy, to try and bring in new businesses to the state of Arizona, these types of legislation are not helping us move the economy forward.

The New York Times reported on the motives behind ending debate on these bills as well:

Opponents of the five bills said that the state’s image had been hit hard, and that it did not make sense to pass new measures while the state had already put itself so far out in front of other states and the federal government on the issue — at a cost to tourism and other industries.

And a letter to Senate President Russell Pearce, signed by 60 Arizona CEO’s including the CEO’s of US Airways and PetSmart further detailed the pain noting:

…we must acknowledge that when Arizona goes it alone on this issue, unintended consequences inevitably occur. Last year, boycotts were called against our state’s business community, adversely impacting our already-struggling economy and costing us jobs. Arizona-based businesses saw contracts cancelled or were turned away from bidding. Sales outside of the state declined … It is an undeniable fact that each of our companies and our employees were impacted by the boycotts and the coincident negative image.

While this letter may not have had an impact on Senator Russell Pearce (who defiantly noted: “I stand on the side of citizens, not a bunch of businessmen that write me a letter”), it did on other state legislative members and was almost surely the final nail in the omnibus bill’s coffin.

In fact, many legislatures seem to be reconsidering whether restrictive immigration legislation is right for their state—a far cry from the enthusiastic support displayed weeks after Arizona passed SB 1070.

The question now is whether other states will take their new marching orders from Arizona? Will the apparent turnaround of the most anti-immigrant state in the nation be a bellwether for the rest of the nation?