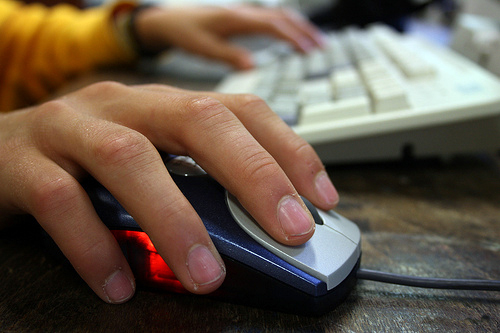 E-Verify has a problem: Washington politicians want to force American employers to use the electronic employment verification system, but the system is still not ready for prime time. On Monday, the Department of Homeland Security (DHS) took a step toward remedying the database error rates by announcing E-Verify “Self Check.” This pilot program will allow people in select states and the District of Columbia to go online and verify their identity and authorization to work in this country—and to fix any errors before applying for a job with an employer who uses E-Verify. While a positive step, the pilot program is only one piece of the puzzle in fixing E-Verify and will likely be inaccessible to many—including the low-income workers who most need it.

The program’s goal is to provide a way for workers to correct any database errors before they apply for their next job. Had E-Verify Self Check been implemented in fiscal year 2010, it might have helped at least a portion of the 80,000 workers who likely lost their jobs due to E-Verify. Take Jessica, a U.S. citizen, who landed a job in the telecommunications industry. After she was found to be unauthorized to work through an E-Verify error (a spacing issue in her last name), the Florida native desperately tried to remedy the mistake through the proper governmental channels, but was unable to do so before she was fired. Jessica was never able to get her job back and spent another three months finding a new lower-paying job. Self Check might have let Jessica know about and correct government database errors before she got the job.

But Self Check is not a cure-all. There still needs to be a process for workers on the backend who do not use Self Check and who are wrongly fired because of E-Verify. These workers have no remedy when they lose their jobs because employers are required to fire people if E-Verify can’t verify that they are authorized to work. An important next step is to create an administrative review process to allow people to challenge errors and provide them back-pay when they have been erroneously fired.

Many low-income workers will likely be unable to use the new self-check program. The program can only be accessed online, so the nearly 30 percent of U.S. households that lack regular access to internet will be unable to verify their information. Furthermore, E-Verify self-check is currently linked to data maintained by a private credit bureau, which means that those without credit history may be out of luck if they want to make sure the government can verify their identity.

Self-check is a step in the right direction, but policymakers must realize that E-Verify—or any worksite enforcement program—will not solve the issue of unauthorized work until we do something about the 8 million undocumented workers in our economy. We need comprehensive reform of our immigration system to provide the people who are working in our communities and contributing to our economy and society with a way to obtain the lawful status. Without reform, E-Verify will continue to be nothing more than an ineffective political tool utilized by those who want to “look tough” on immigration.