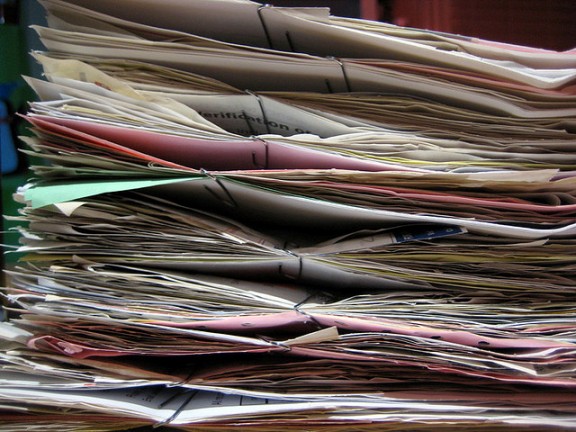 In a report issued earlier today, the restrictionist Center for Immigration Studies (CIS) took aim at problems facing the U.S. immigration court system—a topic worthy of serious discussion. Unfortunately, as with many of CIS’ publications, today’s report combines dramatic rhetoric and unsubstantiated data with ill-conceived solutions. While it is unlikely the report will gain traction in Congress or the media, a few of its—and its author’s—shortcomings remain worth pointing out.

The author of the report, Mark H. Metcalf, was appointed as an immigration judge in 2006. As indicated by the Justice Department’s own press release, he possessed no immigration experience prior to the appointment. Instead, as the department’s Inspector General later concluded, political appointees awarded him the job through a coordinated effort to place partisan loyalists in civil service positions.

Since resigning after less than three years on the bench, Metcalf has been writing a book on the problems facing immigration courts, which, in his words, represent the “heart of a system that nurtures scandal,” where “weakness is supreme and its impact is pervasive.” Metcalf’s biggest beef is not the crushing backlog facing immigration courts, which was the topic of a Senate Judiciary Committee hearing last week, but various statistics in the Department of Justice’s annual reports to Congress, which he depicts as a manipulative stage production of bland language and twisted numbers.

In seeking to undermine the government’s numbers, Metcalf presents a surfeit of his own figures. Yet Metcalf’s statistics are themselves misleading. For example, Metcalf cites Justice Department estimates that 39 percent of noncitizens failed to appear at removal hearings in 2005 and 2006. These cherry-picked numbers not only represent the highest annual rates since the start of the Clinton Administration, but mask the dramatic decline in failures to appear in more recent years, which fell to 11 percent in 2009.

Numbers aside, the CIS report is filled with other perplexing statements. For example, Metcalf habitually equates seeking relief from removal—such as submitting an asylum application—with filing a “lawsuit” to remain in the United States. In doing so, Metcalf misses the point: quite distinct from civil plaintiffs, noncitizens only seek relief from removal in response to government efforts to deport them. His attempts to attach the negative stigma associated with civil litigants to noncitizens defending themselves and seeking to regularize their status fail.

While there are certainly many problems requiring attention in our nation’s immigration courts—including growing backlogs, high rates of noncitizens forced to appear without legal representation, and a lack of an independent judiciary—Metcalf’s report seeks to divert focus from these true challenges. Ultimately, the report does exactly what it accuses the government of doing: manipulating numbers and making misleading claims.