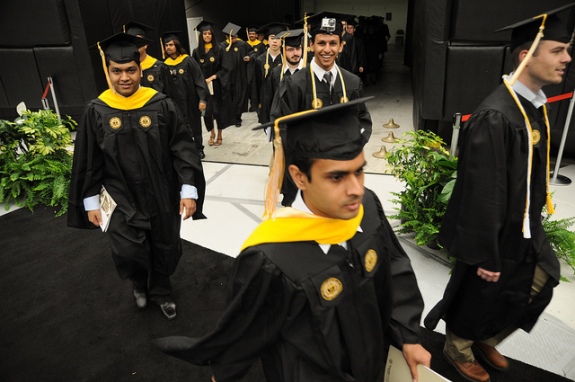 As President Obama indicated in an immigration speech in El Paso, Texas, earlier this month, in a global marketplace, the United States needs the best and brightest to stay in our country to work, innovate and help create jobs for the benefit of all Americans.  Well-educated, foreign-born professionals have made enormous contributions to our country, and we should do all we can to retain the next generation of these types of contributors.  Just two days after President Obama put the topic of immigration reform back into the national debate, the administration exercised its executive authority to expand the number of science, technology, engineering, and math degree (STEM) programs that can be used to qualify foreign graduates to extend their post-graduate training.

Currently, foreign students who graduate from U.S. colleges and universities are able to remain in the U.S. and receive training through work experience for up to 12 months under the Optional Practical Training (OPT) program. A few years ago, OPT was extended by 17 months for students who receive a science, technology, engineering, or math (STEM) degree. Shortly after the President’s speech, Immigration and Customs Enforcement (ICE) announced an expansion of the STEM degree list to include such fields as Neuroscience, Medical Informatics, Pharmaceutics and Drug Design, Mathematics and Computer Science, thereby qualifying more eligible grads to extend their post-grad training.

The OPT enables a graduate and his or her employer the additional time needed to go through the process of obtaining a proper work visa.  Simply put, OPT gives the employer the ability to retain a worker they really want and need.

So who would find fault in the administrations’ efforts to extend the list of fields of study eligible for the STEM OPT extension?  Only those who are really just against immigration, legal or otherwise, could make the argument against this administrative action.  And some have, claiming that the taxes saved by employers who may not have to pay some Social Security and Medicare taxes while the student is in OPT status makes them more attractive to a potential employer.  Isn’t it really grades, area of study and new ideas that makes a student stand out to an employer? Employers aren’t seeking out foreign students, but the as the numbers from the National Science Foundation show, an employer recruiting a STEM graduate on a U.S. campus would probably have a hard time avoiding bumping into a foreign student.

At the end of the day, of course, we want to improve our own domestic pipeline of STEM students but that is a multi-year endeavor.  In the meantime, if for no other reason than ensure we have a strong economy in the future, we should do what we can to keep the best educated students in the U.S. – isn’t that a no-brainer?

Photo by Will Folsom.