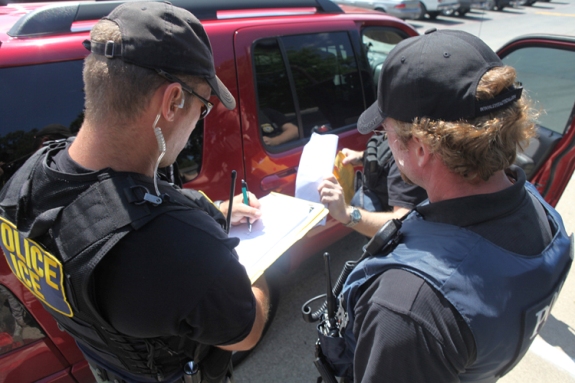 Last week, Director of Immigration and Customs Enforcement (ICE), John Morton, reminded ICE officials of their duty and obligation to use good judgment in the prosecution of immigration cases.  In a culture where many people still believe that “enforcing the law” and “removing people” are exactly the same, Morton’s new memo is likely to shake some things up. While the memo doesn’t change the law in any way or end controversial programs like Secure Communities, it does serve as a much-needed guide for ICE officials on how, when and why to exercise prosecutorial discretion in immigration cases.

In the memo, Morton reminds ICE officers and attorneys that they should never assume that they are powerless to affect the outcome of a case—instead, that authority rests with individual officers and attorneys to determine whether or not the positive factors in a given case outweigh the value of prosecuting that case.  In fact, ICE officials need to do this regardless of whether or not immigrants or their attorney have asked for an exercise of prosecutorial discretion. The memo reiterates the need to triage cases based on ICE priorities, emphasizing the goal of putting limited resources into cases and activities that protect the country by going after those who seek to do it harm.

While Morton started down this road last year with a memo on enforcement priorities, the circumstances of this memo are significantly different. First, rather than simply reiterate the memos of past immigration officials, this memo synthesizes what has come before, offering a more detailed discussion of the nature of prosecutorial discretion, when it can be exercised, and what kind of factors should be taken into account.  Second, the list of factors themselves is a more concrete framework for guiding decision-making. Government officials often like to couch admonishments to exercise good judgment in benign phrases like “totality of the circumstances” without giving concrete examples.

This time around, Morton lists 19 factors, ranging from age and when someone came to the country to community ties and likelihood of relief through a legal benefit in the future.  In addition to this non-exhaustive list, the memo emphasizes that some factors should be red flags in a case, indicating the need to look and think carefully about whether it makes sense to go forward.  These special factors include whether the person is a veteran or related to someone in the military, is a long time LPR, came to the United States at young age, is pregnant or nursing, has a serious physical or mental disability, is very young or very old, or has a serious health problem.

That’s a lot to take into account, but will likely have a profound impact on DREAM students (who fit into many of the categories listed), vulnerable populations caught up in the immigration system, and military families where family members are in removal proceedings even as a spouse or child is on active military duty.  None of these folks have any new form of relief, but under this memo, the direction is clear—these are important factors to take into account when exercising judgment.

So what does the memo mean for future immigration cases? While there are no categorical pronouncements that all DREAM act students shall receive deferred action or all Secure Communities cases will be halted, the Administration—by articulating the kinds of factors that should go into good decision-making—is signaling both what it finds important and what types of cases merit at least an individualized assessment.  This is a long overdue contribution to smart immigration enforcement.

People need clear direction but they also need clear authority to know that they have the power—the responsibility, actually—to consider every single case as an individual life rather than a tally mark. Discretion is a difficult thing to exercise, but it is even harder when you have no sense that anyone will stand behind you.  If ICE officials follow the guidance in this memo, they can take some comfort in knowing that individual discretion has been sanctioned from the top.

Admittedly, turning the latest Morton memo into reality will require a lot of hard work and monitoring both inside and outside the government. But government officials and advocates now have a new tool for doing the right thing—and wise use of it promises to improve our immigration system one case at a time.