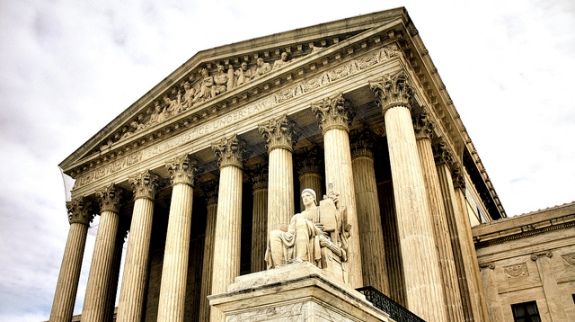 Proposals to increase educational access for students (particularly the undocumented) continue to advance in state legislatures nationwide, even as they are being upheld in the nation’s courts.  Earlier this month, the U.S. Supreme Court reinforced and upheld California’s tuition equity law, the nation’s oldest and one of the strongest tuition equity models nationwide, by choosing not to consider a challenge to the law.  California’s law, AB 540, passed a decade ago and was already unanimously upheld by the State’s Supreme Court last November.

California’s law allows all students who graduate from state high schools and have attended state schools for at least three years to pay in-state tuition rates at public universities and colleges regardless of their immigration status.  The law was challenged in the courts by some U.S. citizen students for several years, yet was ultimately (and resoundingly) reinforced by the State Supreme Court.  By denying without comment the request to review the law again, the U.S. Supreme Court sent a strong message that state tuition equity laws remain legally sound—and that it is a waste of time and legal fees to continue to challenge these laws in court.  In fact, proposals to repeal existing tuition equity laws in four states (California, Kansas, Nebraska, and Utah) failed this year alone, according to the National Immigration Law Center (NILC).

Tuition equity laws ensure that cost is not a barrier for talented and motivated immigrant students by allowing them to pay in-state tuition rates at state universities and colleges, provided they meet a set of requirements.  Out-of-state tuition rates are significantly more expensive, often by a factor of up to 400%—so allowing immigrant students to get an affordable college education often hinges upon them being able to pay in-state tuition.

At least ten other states have introduced bills to increase access to higher education for undocumented students by allowing them to pay in-state tuition rates while attending state universities and colleges.

Maryland and Connecticut both passed laws that make a college education affordable by allowing undocumented students and others who are not considered state residents to pay in-state tuition rates at state universities and colleges.  Proposals in Oregon and Colorado came very close to passage: Oregon’s bill was short of only five votes in the State House after passing in the State Senate.  Similarly, Colorado’s proposal was postponed indefinitely in the House after passing in the Senate.

The victories in Maryland and Connecticut bring the total number of states that have passed tuition equity laws to thirteen.  And advocates and legislators in Colorado and Florida are determined to continue their work to expand educational access for immigrant and non-resident students—many are already preparing to re-introduce their tuition equity bills next year.

Business executives, educators, and immigrant youth are unanimous in their support for in-state tuition rates, particularly as a workforce development issue.  The nation as a whole desperately needs college graduates, particularly high-technology industries: in fact, the U.S. is poised to be short of roughly 16 million college graduates as soon as 2025.  Allowing promising immigrant students to fill that need for college-educated workers simply makes sense for America’s future.