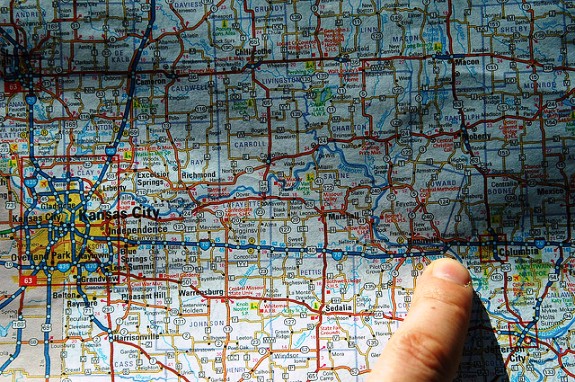 The memorandum on prosecutorial discretion recently issued by ICE Director John Morton is hardly a substitute for a full fix to our broken immigration system. That’s Congress’s job. But once implemented, the memo will allow ICE agents and trial attorneys to focus limited law enforcement resources on dangerous criminals and terrorists instead of hardworking immigrants caught in the web of our dysfunctional immigration system. While the memo is far from perfect, advocates should see it as a good faith attempt by Morton to implement smart immigration enforcement.

Understandably, many battle-scarred veterans of the fight for justice and fairness in immigration enforcement fear the Morton Memo is just one more in a series of edicts from Washington that will quickly fall prey to ICE shredders across the country. That, simply put, was the unfortunate history of the Meissner Memo—the first prosecutorial discretion memo issued more than a decade ago. The Meissner Memo was the result of a letter from a bipartisan group of U.S. Representatives to Attorney General Janet Reno and INS Commissioner Doris Meissner protesting the Administration’s failure to use prosecutorial discretion, in particular its failure to focus law enforcement resources on dangerous immigration violators.

A careful read of the Morton Memo, however, suggests that it may provide better guidance to the ICE rank and file than did the Meissner Memo. Meissner limited prosecutorial discretion to cases where a “substantial federal interest” was present. It’s not clear what she meant by that phrase, but it’s not hard to imagine an immigration enforcement officer interpreting it to require an extraordinary level of equities be present in a case before exercising prosecutorial discretion.

In contrast, Morton uses a measurable, functional standard for determining when it is appropriate to use discretion—does the case meet the Administration’s enforcement priorities? And those enforcement priorities are set forth by Morton in a March 2, 2011 Memo which targets dangerous criminals and national security risks. Thankfully, there are early signs that the field may actually be implementing Morton’s guidance. CNN reports that just yesterday ICE agreed to drop a removal case against a same-sex partner after he asked authorities for prosecutorial discretion.

In fact, Morton’s most recent memo delineates a wide universe of remedies available in cases where discretion is appropriate. These include actions that can be used to ultimately provide an undocumented immigrant a pathway to lawful compliance with the law, even lawful permanent residency. For example, among the decisions expressly available to ICE trial attorneys is deciding whether to issue, reissue, serve, file, or cancel a Notice to Appear (“NTA”). Morton further directs that prosecutorial discretion can be used affirmatively by ICE at any stage of the of removal proceedings even during an appeal before a circuit court. The memo states a preference for the use of discretion early on in the proceedings to save government resources for priority cases.

Morton also uses language which clearly empowers ICE agents and trial attorneys to do the right thing and use discretion rather than just blindly follow statute and regulation. Morton directs that:

…if an ICE attorney decides to exercise prosecutorial discretion to dismiss, suspend, or close a particular case or matter, the attorney should notify the relevant Enforcement and Removal Operations, Homeland Security Investigations, Customs and Border Protection or US Citizenship and Immigration Services charging official about the decision.

Morton also says that should the original charging agency official dispute the ICE chief counsel should attempt to resolve the disagreement. This language makes it clear that Morton intends to extend prosecutorial discretion directly to the courtroom trial attorneys, not just the Chief Counsel and his or her deputies. By giving his trial attorneys the power to decide and notify, as opposed to the much more limited authority to recommend and request, Morton has expressly entrusted ICE attorneys to view immigrants in proceedings as human beings, to be treated with dignity, not just faceless respondents to be removed from the U.S. at all costs.

Obviously, the proof will be in the pudding. While the memo is far from perfect, it clearly provides the structure by which ICE agents and trial attorneys can use their resources to focus on those who threaten our communities; dangerous offenders and terrorists. The task before us now is to hold the Administration’s feet to the fire and ensure that smart enforcement becomes reality, not just another talking point.