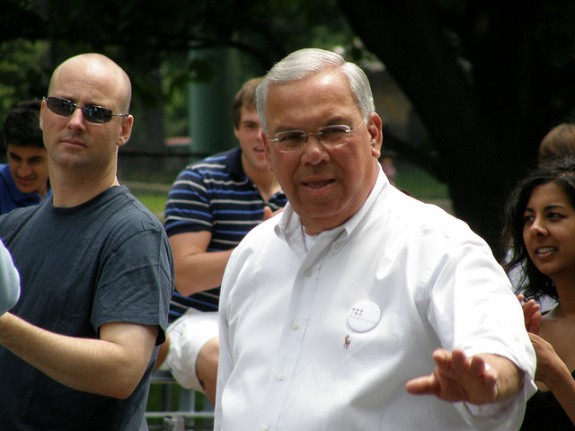 The saga surrounding ICE’s Secure Communities program continues this month as Boston Mayor Thomas Menino threatened to withdrawal Boston from the federal program unless the agency agreed to target serious criminals only. Not surprisingly, Boston is just the latest in a series of cities and states—including New York, Illinois, Colorado, DC, and parts of California—that have threatened to drop the program. Even ICE Director John Morton, who recently made a trip to Boston to smooth things over, couldn’t guarantee local police that Secure Communities would focus solely on “serious offenders.”

Like many officials who have threatened to opt out of Secure Communities, Boston Mayor Menino complained the program—which shares the fingerprints of individuals booked into jails with federal immigration databases—severely hinders local law enforcement’s ability to protect the public since those picked up and fingerprinted for minor crimes may eventually face deportation. Not only does this mean that immigrants may be less likely to cooperate with police, it also takes scarce resources away from pursuing serious criminals.

In a recent letter to DHS, Mayor Menino stated:

“Boston took part in Secure Communities as a pilot project, with the understanding that only the most serious criminals would be affected and the belief that our feedback would lead to improvements in the program,’’ Menino wrote in the letter. “It would be a further violation of the public trust if instead Secure Communities proves to be a knot that the federal government will not untie.’’

ICE, which initially sold the Secure Communities program to localities with the caveat that it would only target serious criminals, has repeatedly failed to live up to that promise. According to DHS’s own data, many immigrants identified and deported through the program have minor criminal infractions or no criminal histories at all—a fact which compelled governors in Illinois, New York, Massachusetts and Colorado to question their state’s participation in the program. First launched in 2008, Secure Communities is now active 1,453 jurisdictions in 44 states and territories.

Another controversy surrounding Secure Communities is that contrary to participants’ initial belief, the program is not optional. Back in May, Illinois Gov. Pat Quinn tried to opt-out of the program, but was told by DHS that it would not stop sharing fingerprints with immigration enforcement. In fact, Congresswoman Zoe Lofgren (D-CA) has called for an investigation over the “opting out” controversy and how much information ICE initially presented to participants.

As if that wasn’t enough, some are now accusing city and state officials who want to quit the program of “pandering” to immigration advocates due to the fact that it’s impossible to opt-out. What, exactly, is so terrible about leaders trying to protect their communities from a program that hinders local police from doing their job, doesn’t distinguish between serious criminals and your neighbor and wastes scant resources when local law enforcement need them most?

Clearly, ICE has a lot of work to do before state and city leaders can trust that Secure Communities is actually keeping their communities safe. Until then, leaders who care about the safety and well-being of their communities should continue to scrutinize DHS and this flawed enforcement program.