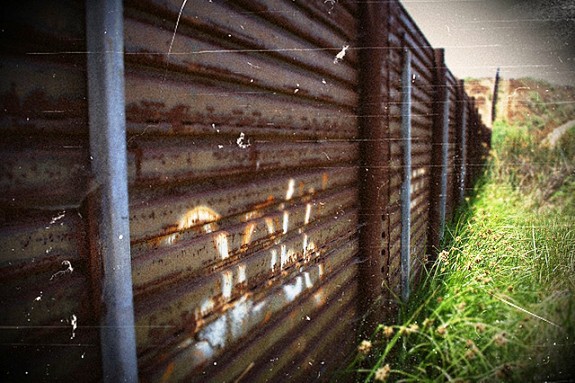 Over the years, Arizona has seen an exceptional number of frauds, consumer scams and rip offs.  Maybe the heat stimulates the flimflam artists, but the sad fact is they come here and discover new and creative ways to take other peoples’ money. As Arizona’s Attorney General for the past eight years, I was dedicated to exposing and prosecuting scams, large and small. Unfortunately, the latest ploy is perpetrated by one of Arizona’s own politicians, state senator Steve Smith, who has developed a new scheme for taking money from well-meaning Americans—building the border fence.

Senator Smith has set up a website asking for private cash contributions to build a border fence, or “The Wall,” on the 82 plus miles of the Arizona border with Mexico he says is not secure.  The website lists a lot of Federal failures on the border and never says exactly what we can expect The Wall to do or what it will look like or cost, just that it is “vital to the security of our great nation.” I am not saying that Senator Smith will benefit personally from any contributions, just that The Wall will not do any good securing the border. Deception after all, not enrichment, is the essential element of fraud. The Wall is a fraud.

This permanent construction in the Arizona desert is supposed to keep “drug cartels, violent gangs, an estimated 20 million illegal aliens, and even terrorists” out of our country. These claims would be almost laughable if construction of the Wall didn’t distract this country from actually getting serious about fighting border crime. From the perspective of law enforcement and public security, constructing any part of The Wall will waste valuable time and resources and give folks a false sense of security. The idea that any glowering structure could confound the smuggling efforts of transnational criminal organizations (TCOs)—commonly known as the drug cartels— is just naïve. Drug cartels are extremely organized, are equipped with advanced technology and have vast resources. They have the capacity to go over, under, around and through virtually any barrier. We will only achieve border security when we cut off the flow of money to the cartels, arrest and prosecute their leaders and dismantle their criminal organizations.

The simple fact is, as Janet Napolitano once remarked, “for every 50 foot wall, there is a 51 foot ladder.” Any wall can be defeated by tunneling and the folks living south of this one are among the best hard rock miners in the world. The ground under Nogales Arizona, for example, is honeycombed with tunnels and no one thinks we have found them all. A wall can be flown over and already the drug smugglers’ vehicle of choice is an ultra light aircraft. Besides, no wall has stopped half of today’s undocumented population who crossed into the U.S. legally with valid papers through a port of entry and overstayed their visa. Others, who were smuggled across, came seeking work and would have entered legally if this country had matched its work visas to available jobs—something we still fail to do.

Critical time is wasting.  Few think that the courageous Mexican initiative against the cartels will survive the Calderon Administration.  This is not the time to get distracted by The Wall. If we are serious about fighting crime along the border, we must put our resources, public and private, into fighting the drug cartels. That is job one. Anything else is just a fraud.