Restrictionist Group Strikes Out in Latest Report on Children of Diplomats 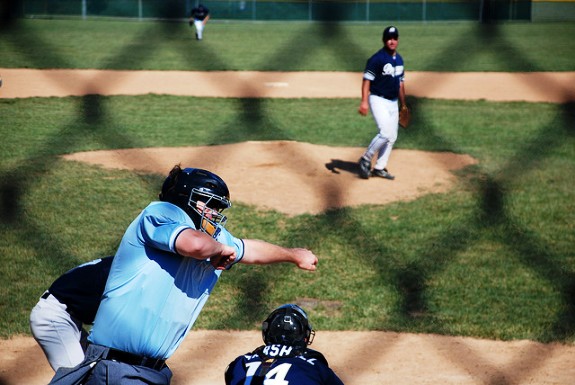 The Center for Immigration Studies (CIS) has been known for coming out with some odd reports over the years—but their latest is notable for its factual and legal flaws—and for argument that we should expand several different government bureaucracies to chase down the dozen or so children born in the U.S. each year to diplomats with immunity. The CIS report, “Birthright Citizenship for the Children of Diplomats?,” is about the one group of people that everyone agrees is exempted from birthright citizenship—the children born to foreign diplomats. It claims that, even though these people are not U.S. citizens, they are de facto citizens because they are able to receive Social Security numbers. If you look at the facts, their argument doesn’t hold water.

Let’s start by correcting the most glaring error in the report. Contrary to what CIS implies, a person is not a U.S. citizen merely because he or she possesses a Social Security number. Social Security numbers (SSNs) were first issued during the Roosevelt Administration to people who were participating in the newly-created Social Security system. At that time, citizenship or immigration status was irrelevant to the issuance of the numbers. Over the years, the requirements to obtain a SSN have tightened as the number has slowly morphed into a “de facto” national identity number—but even today, the Social Security Administration does not have the power to confer U.S. citizenship on anyone merely by issuing a number. Many non-citizens are entitled to SSNs—and a U.S. citizen is not required to have a SSN unless the citizen seeks to work for a U.S. employer, pay U.S. taxes, or apply for certain government benefits.

Even today, there are U.S. citizens who don’t have SSNs because they were born and live outside the U.S.. There are even a few U.S. citizens born inside the U.S. who don’t have SSNs because they have chosen to live “off the grid.” Their lack of a SSN does not stop them from being U.S. citizens, any more than having a SSN turns a non-citizen into a U.S. citizen.  Finally, any immigration lawyer can tell you that many undocumented immigrants have SSNs, mostly because they came to the U.S. decades ago when the Social Security Administration had a practice of issuing a number to anyone who asked for one.  So let’s put the myth to rest—having a SSN does not make one a U.S. citizen.

CIS’s second flawed recommendation is requiring millions of people who have babies in the United States every year to declare their “profession” on their child’s birth certificate on the theory that anyone who writes “diplomat” will have her baby flagged for special scrutiny.  This recommendation is based on the assumption that the children of foreign diplomats, once identified, can be readily denied citizenship simply based on a declaration of the parent’s profession. However,  the 14th Amendment’s limiting language—“subject to the jurisdiction”—excludes from birthright citizenship only the small number of babies born in the U.S. to two parents who are immune to the enforcement of U.S. civil and criminal laws—not all persons who might identify themselves as diplomats.  The CIS report also fails to mention that not all foreign diplomats and diplomatic staff in the U.S. have diplomatic immunity. In fact, only a small number are afforded this special status.

Yet a third whopper is the CIS report’s erroneous statement that the 14th Amendment’s limiting language has little practical effect. Although there are very few children born in the U.S. to the foreign diplomats who hold diplomatic immunity, the 14th Amendment’s language has a very serious practical effect for each of them—they cannot obtain U.S. passports—a fact that prevents them from traveling internationally as U.S. citizens.  Had the report’s author checked with an immigration lawyer, he would have learned that the U.S. State Department keeps a list of diplomats who have immunity, and should one of their children apply for a U.S. passport, the State Department will deny the passport application on the grounds that the child is not a U.S. citizen.  Yes, the child will have a U.S. birth certificate—but the child’s birth certificate is not proof of U.S. citizenship, merely proof that the child was born in the United States.  Far from being the “super citizens” that CIS fears, these children are not U.S. citizens at all.

The CIS report dismissively notes that these children are entitled to apply for U.S. green cards and scoffs at the idea that they would apply for them, and yet such children apply for green cards regularly, which is why USCIS has instructions for them on its website. In fact, thirteen of them got green cards in Fiscal Year 2010. And along with their green cards, they can obtain U.S. SSNs.  Moreover, most of them don’t want U.S. citizenship—for a child of a member of the elite corps of foreign diplomats who have immunity from U.S. law, U.S. citizenship holds significant disadvantages. For example, U.S. citizens are subject to worldwide, lifetime U.S. taxes, Selective Service laws and potential U.S. military obligations, and worldwide, lifetime U.S. civil and criminal jurisdiction, among other things.

Interestingly, the CIS report makes much ado about the fact that the Social Security Administration isn’t tracking foreign diplomats and their children—but fails to mention that there is already a Congressionally-mandated government office specifically tasked with keeping track of them—the Office of Foreign Missions (OFM).  Among other things, OFM gives tax-exempt cards and special driver’s licenses to those diplomats who have immunity—and arranges for them to get SSNs.  OFM also helps their children apply for green cards, which is why the “problem” in the CIS report is close to non-existent. Inexplicably, however, CIS fails to mention the existence of OFM in its report, or the small number of children born in the U.S. each year to two diplomats who hold immunity.

Yet, as any immigration lawyer who has handled cases involving diplomats and their children can tell you,  the 14th Amendment does indeed have a practical effect for the children of diplomats who claim immunity from U.S. laws, small as their numbers may be.  These children are not birthright U.S. citizens, and the government agencies with authority to determine citizenship—the Department of State and the Department of Homeland Security—do not recognize them as such.

The CIS report erroneously concludes that “Congress could require parents to have SSNs before a U.S. birth certificate or SSN is issued to a newborn. While this latter proposal might create better results and be more easily administered, it would have the effect of ending automatic birthright citizenship not just for children of diplomats, but also for children of illegal aliens and temporary aliens—an outcome that is more aligned with the intended scope of the 14th Amendment than the outcome created by current practices.” In fact, such a mandate would do no such thing—the children of SSN-lacking parents would still be U.S. citizens, because the 14th Amendment’s grant of citizenship does not depend on whether parents have a SSN.  Even without SSNs or birth certificates, the children would still be Constitutional citizens—and would easily win an Equal Protection lawsuit in Federal court.

CIS’s prescription for change—that millions of parents of US-born babies be required to answer more questions and provide Social Security numbers, and that states be required to issue two different types of birth certificates—would be very expensive to administer, adding thousands of government bureaucrat jobs to the taxpayers’ burden at a time when the U.S. is facing the country’s worst budget crisis ever.  Creating yet more red tape for millions  of newborns is not a fiscally responsible move—and would do nothing to identify the dozen babies born in the U.S. to immunized diplomats every year, who are already tracked by the Office of Foreign Missions.

But this latest report by CIS does illustrate why it’s a bad idea for state and local governments and U.S. hospitals to get into the business of verifying the immigration and citizenship status of the parents of every child born in America—if a “think tank” like the Center for Immigration Studies can’t get the facts and law right, how can state and local governments be expected to do so?