Governor Brown Signs Only Half of California DREAM Act 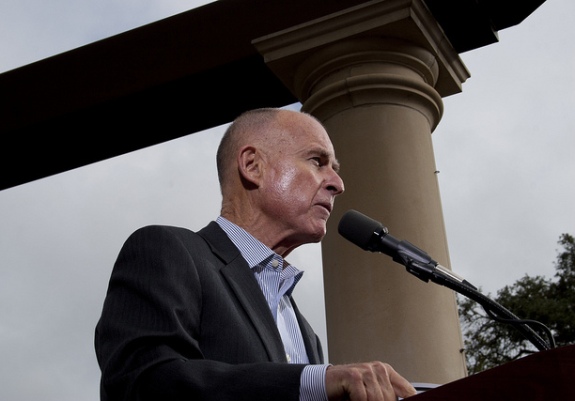 BY CAITLIN PATLER, DOCTORAL STUDENT AT UCLA’S DEPARTMENT OF SOCIOLOGY

This week, California Governor Jerry Brown signed into law Assembly Bill (AB) 130. This new law allows undocumented students enrolled in California’s public colleges and universities to receive privately-funded university scholarships from non-state funds.. While AB 130 is a significant step for the Golden State, it is only one of two bills known collectively as the California DREAM Act. Without its companion bill, AB 131, the legislation does little to address the systemic inequality facing undocumented students in California.

Currently, undocumented students are ineligible for state-sponsored financial aid. AB 131 builds on AB 130 by allowing undocumented students to apply for and receive Board of Governors Fee Waivers at community colleges, Cal Grants at universities (only after such grants are awarded to eligible documented students), and some types of financial aid administered at the university or college level (such as UC Grants). It would also expand eligibility for California in-state tuition to those who graduate from California adult schools and vocational schools, as long as the student also attended a California high school for at least one year.

Unfortunately, AB 131 has been stuck in the California Senate Appropriations Committee since early July. While opponents argue that AB 131 would negatively impact California’s economy, a recent study by the UCLA Institute for Research on Labor and Employment (and co-written by this author) shows that passing AB 131 is a critical step to improving California’s economy over time by reducing barriers to higher education for some of the state’s lowest income residents:

The Public Policy Institute of California estimates that by 2025, California will have 1 million fewer college grads than are demanded by its economy. Therefore, providing access to affordable education for all our state’s students will become even more critical over the coming decades. And importantly, according to the California Assembly Committee on Appropriations, AB 131 would not increase overall spending on institutional aid in the state of California. The Golden State simply cannot afford not to educate its immigrant students.”

The UCLA report also points out that the average annual income for an undocumented family in California in 2003 was only $29,700 (compared to $54,600 for U.S.- born families): “this low socioeconomic status, combined with the ever-increasing cost of college attendance, keeps higher education elusive for many undocumented students, even if they qualify for in-state tuition.” The California DREAM Act has the potential to help make higher education much more accessible for undocumented children, estimated to number more than 430,000 in California alone.

Efforts are under way to ensure that AB 131 becomes law this year. Thousands of immigrant students across California are fighting hard for their well-earned piece of the pie. While simultaneously juggling full-time jobs and course loads, they have also been long-term advocates for equal access to higher education as well as for legalization programs such as those included in recent versions of the federal DREAM Act. Organizations like the California Dream Network and the California Dream Team Alliance have called upon the California Senate to follow the lead of the State Assembly and move AB 131 out of Appropriations.

Passing the entire California DREAM Act is simply what’s right for our state’s economy and for the hard-working immigrant students who call California home.