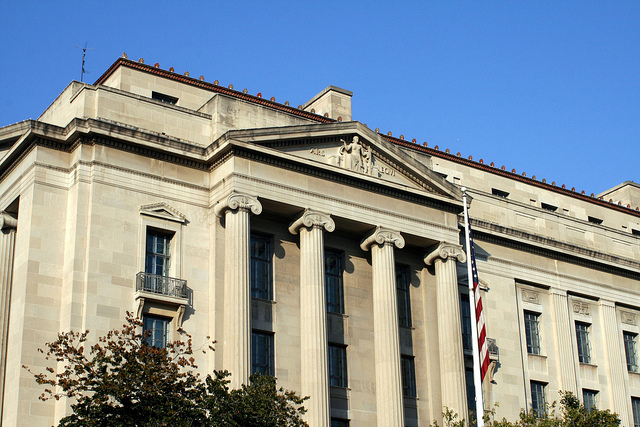 Yesterday, the Department of Justice (DOJ) filed yet another lawsuit against extreme state-level immigration laws—this time against Alabama’s HB 56. Already the subject of a class action lawsuit filed by the ACLU and other immigrants’ rights groups, Alabama’s HB 56 would require local law enforcement to verify the immigration status of those stopped for traffic violations, public schools to determine the immigration status of students, employers to use E-Verify and makes it a crime to knowingly rent to, transport or harbor undocumented immigrants. In its motion for a preliminary injunction, however, the DOJ argues that Alabama’s law, much like Arizona’s, interferes with the federal enforcement of immigration laws and places undue burdens on local schools and federal agencies. Alabama’s law was signed into law by Governor Robert Bentley in June and slated to take effect September 1.

According to the DOJ, HB 56, in addition to interfering with federal enforcement efforts, could also result in the “harassment and detention” of U.S. citizens, visiting foreigners and legal immigrants who may not be able to readily prove their citizenship. The law would also burden federal agencies by vital diverting resources away from the pursuit of dangerous criminals as well as unnecessarily burden children by making students prove their lawful presence.

According to Attorney General Eric Holder:

Legislation like this diverts critical law enforcement resources from the most serious threats to public safety and undermines the vital trust between local jurisdictions and the communities they serve. We continue to support comprehensive reform of our immigration system at the federal level because this challenge cannot be solved by a patchwork of inconsistent state laws.

In a separate lawsuit filed Monday, Alabama faith leaders charged that HB 56 would hinder faith groups’ ability to “provide things such as food clothing, shelter and transportation to those in need.”

Last year, the DOJ filed a similar suit against Arizona’s SB1070, resulting in a ruling that enjoined key provisions of Arizona’s law. Earlier this year, the federal court of appeals for the Ninth Circuit upheld a ruling that the federal government has primary authority over making and enforcing immigration law, and that while states have limited authority in this arena, they cannot interfere with federal enforcement or undermine federal priorities.

To date, federal judges have blocked key provisions of restrictive state immigration laws in four (Arizona, Utah, Georgia and Indiana) of the six states that have passed them, citing a violation of the Constitution’s due process and search and seizure provisions, and the interference with the federal government’s authority over immigration matters. A federal judge is expected to hear arguments against Alabama’s immigration law on August 24.

Meanwhile, costs to the states resulting from restrictive immigration laws—such as costs to defend these laws, loss of convention and tourism revenue and economic consequences of immigrant labor shortages on whole industries, such as agriculture industry in Georgia—continue to grow.