Like Previous Administrations, Obama is Using Existing Laws to Improve our Immigration System 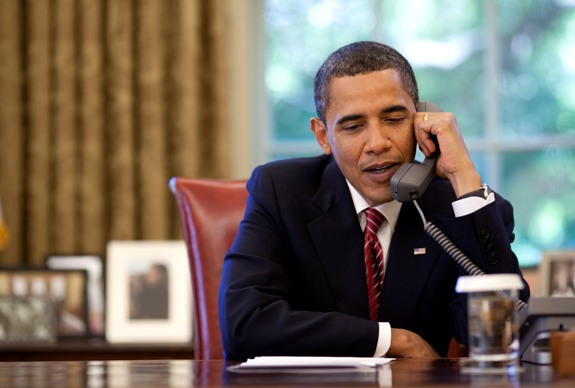 The attacks on the Obama Administration from some immigration restrictionists are likely to escalate when Congress returns from its August recess, given the recent announcement that DHS intends to put muscle behind its prosecutorial discretion guidelines. The plan to review 300,000 immigration cases to assess whether they fall within the Administration’s enforcement priorities has already inflamed critics, some of whom are claiming that the President has “torn up the Constitution” and is now “Dictator” Obama. Unfortunately, the use of extreme rhetoric is nothing new. In a paper released today, “Using all the Tools in the Toolbox: How Past Administrations Have Used Executive Branch Authority in Immigration,” the Immigration Policy Center looks at other controversial examples of executive branch authority, particularly the debate over the implementation of the Nicaraguan Adjustment and Central American Relief Act of 1997 (NACARA).

Back in 1997, the immigration community was up in arms over the unequal treatment of different nationalities in NACARA—a bill crafted by Congressman Lamar Smith that allowed certain Nicaraguans and Cubans to obtain green cards with minimal eligibility requirements, but required Salvadorans, Guatemalans, and other nationalities to go through a much more rigorous and merit based process to obtain green cards. Members of Congress from both parties and numerous advocacy groups pushed the Clinton administration to adopt rules that would soften these restrictions, while Congressman Smith accused the administration of amnesty through regulation for even considering such interpretations.

In the long run, neither side was particularly happy with the administration, which found a middle ground that allowed them to interpret the new law generously without overstepping the bounds of legal authority. It was a perfect example of responsibly using executive branch authority. Perhaps most telling, despite the enormous political pressure, the Administration was able to create a system that worked, streamlined the process for almost 200,000 applicants, and most important—the roof did not cave in. Using its authority responsibly did not undermine the Constitution, cause the collapse of government, or bring down the immigration system.

That’s worth remembering as DHS implements the prosecutorial discretion guidelines more fully. It’s also worth remembering that the Bush administration was also well aware that weathering criticism was the price you pay for implementing your vision of immigration policies. For instance, following the failure of comprehensive immigration reform in 2007, the Bush Administration publicly commented on its executive authority to enforce immigration laws. DHS Secretary Michael Chertoff and Department of Commerce Secretary Carlos Gutierrez announced a 26-point plan to use administrative measures to “sharpen the tools” available to them. While some of these administrative measures—making E-Verify mandatory for federal contractors and using Social Security No-Match Letters—were unpopular, the debate was never over the authority of the Bush administration to act—it was over whether the 26 points were the right policy choices.

The Obama Administration has taken a first step in laying out clear guidance on prosecutorial discretion and forming a review committee, but it can’t stop there. Clear and transparent guidance on the implementation of the priority review process, and how that guidance will be implemented in making decisions about new cases, is needed and must be put out quickly.