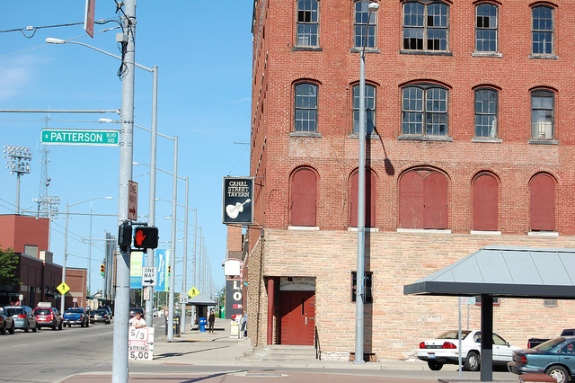 In a recent speech to the U.S. Chamber of Commerce, New York City Mayor Michael Bloomberg highlighted the vital role immigrants play in stimulating economic growth. Bloomberg called for immigration policies that “spur innovation, increase the number of entrepreneurs who start businesses here, and create jobs for Americans on every rung of the economic ladder.” With U.S. unemployment still hovering around 9%, some declining U.S. cities are also looking to harness the economic and entrepreneurial power of immigrants. Small towns, particularly in America’s rust belt, are contemplating programs that attract immigrant growth in hopes of revitalizing their towns and universities.

Take Dayton, Ohio, which is facing its lowest population level since 1920. State legislators are voting this week on whether to pursue the “Welcome Dayton Plan”—a new campaign designed to encourage immigration and economic growth. The plan includes the expansion of integration services, like interpretation services at city departments, as well as public events geared toward immigrants. Tom Wahlrab of Dayton’s Human Relations Department believes the city should welcome such a campaign.

“I believe the city of Dayton is at a crossroads,” said Wahlrab, according to the Dayton Daily News. “We can either welcome them, help integrate them, help them on the path to citizenship, or we can let old stereotypes and fears and preconceptions hinder our success.”

Ohio isn’t alone. Over a decade ago, Iowa faced a declining population and passed proposals to make Iowa an “immigration enterprise zone.” According to the New York Times, “in recent years, immigrants from Bosnia, Sudan, and especially Mexico have been the only reason Iowa’s population has had any net growth.”

These new immigration initiatives also focus on increasing college and university enrollment. In early 2011, Michigan’s governor organized a program called “Global Michigan,” an effort to target international students and skilled immigrants in response to population decline. And for good reason. Back in 2002, the struggling mill town of Lewiston, Maine saw the influx of roughly 3,500 Somali immigrants—a population who not only opened new businesses and contributed to the local economy and job growth, but increased university enrollment by nearly 16% from 2002 to 2007.

As small towns across America continue to face high unemployment rates, sluggish economies and decreasing populations, campaigns that welcome and integrate immigrants rather than drive them away may result in the new business, job and economic growth these declining cities so desperately need.