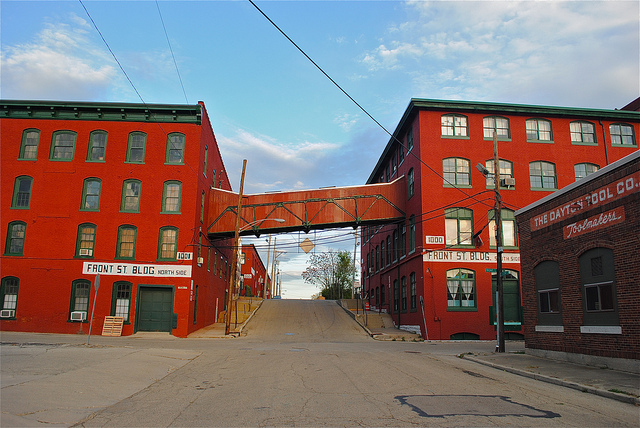 Shortly after Alabama began implementing their anti-immigration law (HB 56), Dayton, Ohio passed legislation that welcomes and integrates immigrants with the hope that they will revitalize their slowing economy. Faced with a declining population, Dayton’s City Commission voted unanimously last week to adopt the Welcome Dayton Plan—a plan that is tapping into the very economic stimulus that Alabama is driving out.

By welcoming immigrants, Dayton expects to grow their local economy, increase the number of small business and integrate immigrants into their communities—a far cry from the current chaos in Alabama. In a survey leading up to the plan, officials asked residents how the arrival of immigrants has impacted Dayton. The response? “Businesses were started. Jobs were created. Houses were rehabilitated. Underused buildings were reused and rejuvenated.”

Dayton City officials based the plan on nation-wide studies that show immigrants create new businesses and complement the American workforce. For example, a White House report noted that immigrants started 25% of the highest growth companies between 1990 and 2005, companies which supported 220,000 jobs in the U.S. and generated $67 billion in U.S. business income. A Brookings Institute study also indicated that “U.S. global competitiveness rests on the ability of immigrants and their children to thrive economically and to contribute to the nation’s productivity.” Dayton officials have done their homework and are not acting in response to fear. Rather, they are building a plan based on economic facts.

Alabama, on the other hand, has voted to alienate immigrants through harsh enforcement policies that drive out those who add to their economy. The Welcome Dayton Plan, however, recommends that police perform immigration status checks only for the suspects of serious crimes. According to a CNN report, “such a policy could protect undocumented immigrants stopped for minor offenses from fearing deportation.”

According to the Dayton Daily News, city residents, business owners, and scholars support the plan. University of Dayton professor Linda Majka summed up Dayton’s attitude well: “One reason the American Dream is still alive is that people keep coming to us who believe in it. Dayton has the opportunity to get this right.”