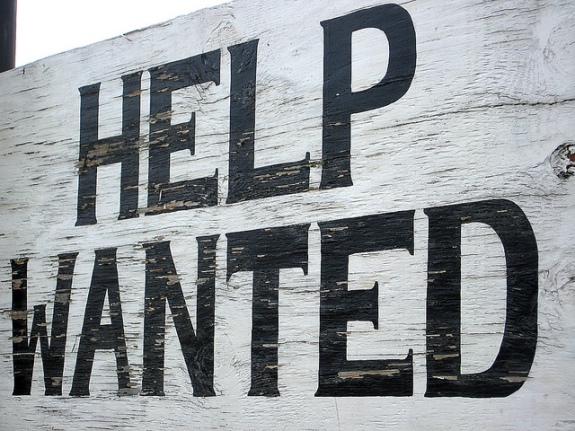 Just two weeks after Alabama’s extreme immigration law (HB 56) went into effect, many are reporting an exodus of immigrants, Latinos and their families from the state. While HB 56 supporters cheer the exodus as a victory, many Alabama businesses say they are left without an adequate workforce. Despite assurances from Governor Bentley that U.S. citizens will gladly take those jobs, Alabama farmers, meat processors and housing contractors are finding that U.S. citizen or legal workers are either not willing or able to take those jobs—leaving fruit to rot on the vine and home reconstructions projects unfinished. Not only will this hurt Alabama business in the short term, economists say, but will shrink the state’s economy and productivity over time.

To test Governor Bentley’s claim, Alabama tomato farmer Jerry Spencer recruited more than 50 U.S. citizen workers, gave them free transportation and paid them to pick fruit and work the fields. Only a few worked for more than two or three days. One stayed for the entire two weeks. According to Spencer, “people weren’t in good enough physical condition to work harder or longer hours and typically gave up when faced with acre after acre of tomato plants ready to be picked.”

Other farmers, like Helen Jenkins, are also having a problem filling labor shortages. “You can’t get the (American) workers out here to do the work that the Hispanics were doing. It’s just not working,” Jenkins said. Another farmer, Chad Smith, said his family’s farms stands to lose as much as $150,000 this season with no one to pick tomatoes.

The construction industry is also taking a hit. Jay Reed of the Alabama Associated Builders and Contractors said his group has tried to recruit local workers for years but that many of them just don’t want those jobs. Likewise, Bill Caton of the Associated General Contractors of Alabama quoted estimates showing nearly one-fourth of the state’s commercial building work force has fled since the law went into effect.

And it’s not just undocumented workers who may be leaving. Residents of Russellville, Alabama fear their town’s large Latino population (nearly 10,000) may flee due to fears of racial profiling, taking the town’s economic well-being with them. Russellville Mayor Troy Oliver estimates the sales tax contributions of Latino residents make up nearly half the town’s annual budget, nearly $8.5 million. According to business owner, Greg Parrish:

“Fifteen years ago, Russellville was a dead town,” Parrish says. As Hispanics moved in, “everything started booming. They put a lot of money back into the community. If they leave, Russellville’s going to be hurting big time.”

In fact, University of Alabama economist Samuel Addy estimates that Alabama’s economy will shrink by $40 million if undocumented workers are driven from the state since U.S. workers are unlikely to fill those jobs.

… Anecdotal evidence strongly suggests that only a small number of jobs vacated by illegal workers will be filled by legal residents. So the state will suffer a net loss in productivity. It reduces demand. The economy will contract

It’s too soon to really understand the impact the law will have on the Alabama economy, but a preliminary assessment suggests its consequences weren’t taken into account when it was passed.

Although stories of labor shortages may be anecdotal at this point, the fiscal impacts are real. It doesn’t take a Ph.D. in economics to guess what happens to a state’s economy over time when you remove a large portion of its labor force and tax base.