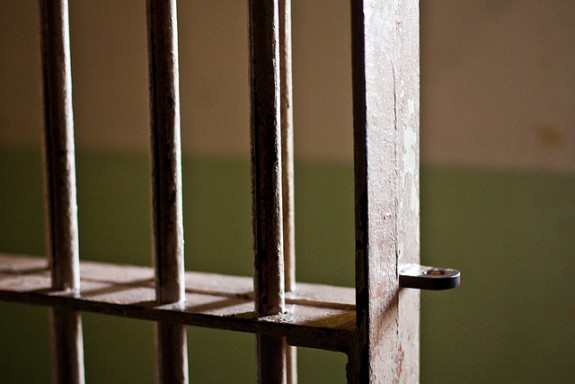 Reports of abuse from immigration detention facilities are nothing new. In fact, due to private contractors’ lax attitude and lack of federal oversight, many experts are finding that cases of abuse are vastly underreported. Last week, the ACLU reported on 185 allegations of sexual abuse of undocumented female detainees held in federal detention facilities. While undocumented immigrants have consistently been denied the same protections afforded to U.S. citizens, the recent allegations of sexual abuse—which are starkly out of place in a civil society—need to be addressed, regardless of an individual’s immigration status.

Of the 185 reported allegations of sexual abuse uncovered through the Freedom of Information Act, 56 occurred in Texas, 17 in California, and 16 in Arizona. The ACLU filed a class-action lawsuit against Immigration and Customs Enforcement and detention guards on behalf of three immigrant women who were allegedly abused in Texas. The lawsuit will also argue against a Department of Justice’s decision that immigration detention facilities are not covered under the 2003 Prison Rape Elimination Act (PREA).

Congress enacted PREA to set definitive standards to prevent, detect, and respond to sexual abuse to everyone in custody, which the immigrant population, despite citizenship status, clearly needs. ACLU attorneys aim to include immigration detention facilities in the acts standards.

While the ACLU is only litigating three cases, they argue that sexual abuse of immigrant detainees happens much more often than reported. According to an ACLU statement:

While the information gleaned from the documents likely does not represent the full scope of the problem given that sexual abuse is notoriously underreported, the documents nonetheless make clear that the sexual abuse of immigration detainees is not an isolated problem limited to a few rogue facilities or to a handful of bad-apple government contractors who staff some of the nation’s immigration jails.

Experts agree that “immigrants in detention are uniquely vulnerable to abuse—and those holding them in custody know it.”  Texas ACLU staff attorney Mark Whitburn explained that immigrants new to the United States, many of whom do not speak English and do not know their rights, are too scared by the new circumstances to report violations. For these reasons, many attorneys believe that the 185 cases are “just the tip of the iceberg” in human rights violations against detainees.

So how does the United States plan to address such a widespread problem? Senator Durbin (D-IL) asked DHS Secretary Napolitano about reports of insufficient medical care and sexual abuse of immigrant detainees during a Senate hearing last week. Napolitano assured him that DHS is actively looking into facility standards and often re-contracts with detention businesses to ensure detainee safety. ICE announced has a zero tolerance policy for any inappropriate behavior and the ICE office of public affairs said that it will investigate all reported cases of misconduct.

While the ACLU and countless immigrant rights groups will continue to monitor DHS’s response to allegations of sexual abuse in immigration detention, DHS desperately needs to prove capable of the oversight and accountability necessary to prevent abuse. No matter where one’s opinion falls on the issue of immigration, we can all agree that every human being deserves basic protections from abuse.