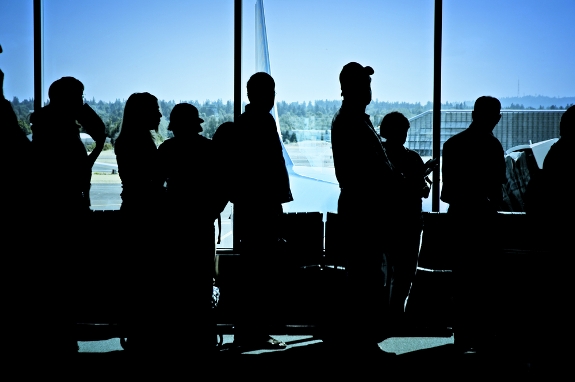 An immigration bill introduced by Congressmen Lamar Smith and Jason Chaffetz and supported by Democrats may actually have a chance at passing in Congress. Scheduled for a mark up this week, the bill (H.R. 3012) would make small but significant changes to the way green cards are distributed by eliminating per country numerical limits on employment-based green cards and raising the limits on family-based green cards which go to immigrants from each country.

Currently, no single country can receive more than 7% of the total number of employment and family-based visas issued annually (620,000 combined). In other words, Belgium and Iceland can receive the same number of visas as Mexico and China. Since several countries send significantly more immigrants to the U.S. than others, this has led to large backlogs in the immigration system.

Unfortunately, HR 3012 will not add any new immigrant visas to the current system which is the fundamental problem facing our current legal immigration system. Instead, the bill would shift the distribution of available immigrant visas.  Nonetheless, in an environment where politics trumps the need for legislators to address tough issues, improving the immigration system, even a little, is a step in the right direction.

A new report from the National Foundation for American Policy documents the backlogs for immigrants waiting to receive their green cards. “Waiting and More Waiting: America’s Family and Employment-Based Immigration System” finds that “absent action by the President and Congress, the situation will grow worse, creating much hardship and weakening the competitiveness of U.S. companies.”

Making U.S. companies and workers wait 70 years equals a lot of wasted potential. While the Indian worker may already be in the U.S. on a temporary visa (such as an H-1B), the uncertainty of the situation, the inability of the spouse to work, the inability to get promoted, and other factors may cause the worker to leave the U.S. to work for the competition.

The authors also estimates that if the numerical per country limits were eliminated, the wait time for high-skilled immigrants from India and China would be reduced by several years, depending on the details of the reform. However, it would also mean that the backlogs for all other countries might increase by several years if it is not accompanied by other reforms including increasing the overall number of visas and ensuring that any unused visas may be used the following year.

It’s good to see Congress moving forward with much needed reforms to the legal immigration system. We can only hope that this bill is followed by reforms that will more directly address the inefficiencies and ineffectiveness of our immigration system rather than simply making sure that they are more equitably distributed around the world.