How Will DHS Continue to Partner on Existing State Enforcement Programs Given Legal Challenge to Alabama’s Law? 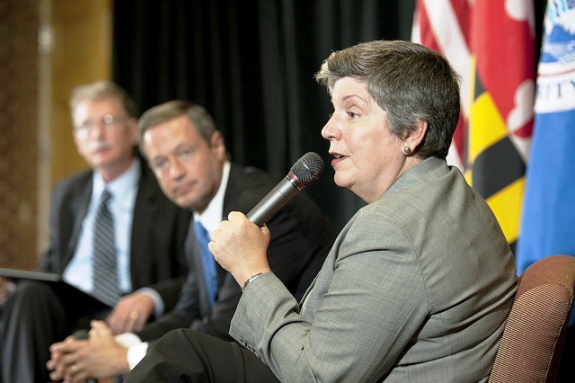 The federal government regularly partners with states through enforcement programs such as Secure Communities, which runs fingerprints through federal databases, and 287(g) programs which gives local law enforcement agencies the power to enforce federal immigration law. As of today, 37 Alabama counties (roughly 55% of the state) participate in Secure Communities. The Alabama Department of Public Safety and the Etowah County Sheriff’s Department participate in the 287(g) program. Immigrants who have been identified, arrested, detained or otherwise come into contact with local law enforcement agents through either program are funneled into the immigration deportation system.

In this environment, it is likely that police will stop people suspected of being unauthorized—per HB 56—on minor violations in order to get them into jail and run through the Secure Communities program. Alabama police and state agencies will then be required to contact ICE to determine their immigration status, thus alerting ICE of a potentially deportable immigrant in custody. Those convicted of new crimes under the new law would be “criminal aliens” and ICE would be expected to take custody of all of these people identified, arrested, or convicted in Alabama and put them into deportation proceedings.

If ICE were to respond to all of the activity in Alabama, it would mean spending resources to pick up and process for deportation countless individuals who are not serious threats to the country and who have not committed serious crimes and who fall into ICE’s lowest priority levels. This means that ICE would have fewer resources to deal with serious criminals, terrorists, and other priority individuals.

The federal government does have a very real role to play in the implementation of Alabama’s new law. Regardless of the legal challenges, through Secure Communities, 287(g), and other communications, ICE will be alerted when Alabama police have someone in custody they believe ICE should take.

Although Secretary Napolitano testified that DHS will not help Alabama implement its law, she must decide how the agency will respond to requests from Alabama. Will she allow one state to set ICE’s priorities and use limited resources to deport non-priority cases? Or will ICE exercise its prosecutorial discretion and choose not to move forward with non-priority cases from Alabama?  Or will ICE suspend Secure Communities and 287(g) in Alabama over conflicts with the new law?