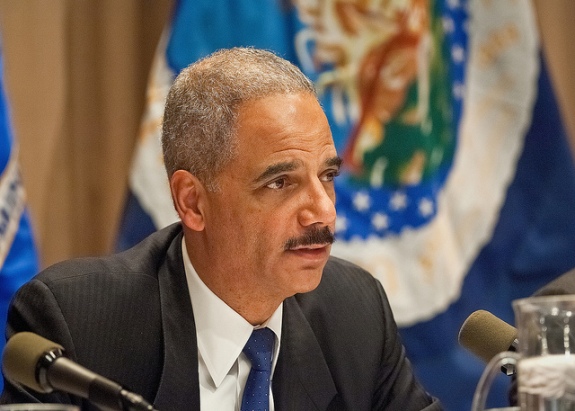 Yesterday, the U.S. Department of Justice (DOJ) filed suit against South Carolina, challenging the state’s extreme anti-immigration law (SB 20). With this action, the Department of Justice charges that South Carolina, like Arizona and Alabama, have passed unconstitutional immigration laws. Civil rights groups (including the National Immigration Law Center) agree. Coalitions have filed suit in five states—Utah, Indiana, Georgia, Alabama, and South Carolina—that passed their own Arizona-inspired laws in 2011. Fortunately, most of these states have seen their new, misguided laws lose much of their bite through civil rights coalition-led legal challenges. Here’s a round-up of the status of these legal cases.

Yesterday, the DOJ filed a legal challenge to SB 20, South Carolina’s draconian anti-immigrant law. South Carolina’s law is the latest state anti-immigrant measure to be challenged in court. A civil rights coalition, including my organization, filed its legal challenge in mid-October to stop the South Carolina law from bringing untold damage to South Carolinian individuals, families, and businesses. A hearing to determine whether the law should be blocked during the legal battle has been set for December 19, 2011. This will allow the court to issue a ruling on the requests to halt the law before the law’s scheduled effective date of January 1, 2012.

Alabama has recently earned dubious distinction as home to the most anti-immigrant law in the country. Reports out of the state include the widespread harassment of Latinos; utility companies threatening to shut off water and sewage services for clients who couldn’t prove their immigration status; Latino children asked for their immigration papers at school; and members of the immigrant community reporting that they are afraid to contact the police—even as victims of crime.

Although the district court blocked some portions of Alabama’s law (HB 56), it allowed other provisions to take effect, including provisions blocked by other courts across the country. However, in the Alabama case, the 11th Circuit Court of Appeals took the unusual step of halting additional portions of the law pending appeal based on the harms that Alabamians were suffering from the short time the school verification and “papers, please” provisions were in effect. The U.S. Court of Appeals for the 11th Circuit will hear arguments in the case in 2012.

Georgia’s anti-immigrant law (HB 87), which generated protests from business owners, communities of color, and faith and civil rights leaders, also was challenged by a civil rights coalition. Key provisions of this law, including provisions that would have criminalized transporting undocumented individuals, including family members, and allowed police to check immigration status of all individuals lawfully stopped, were blocked from going into effect. The state has appealed to the 11th Circuit Court of Appeals and argument is expected in 2012.

Civil rights organizations quickly filed a legal challenge to stop key pieces of Indiana’s anti-immigrant law (SB 590) from going into effect. After a hearing, the court agreed with the civil rights coalition and blocked provisions of Indiana’s SB 1070 copycat legislation that outlawed use of consular-issued ID cards and allowed police officers to make warrantless arrests—two provisions that would undoubtedly have led to significant civil rights violations in the state. The defendants have decided not to appeal the court’s decision on the preliminary injunction, and the case is proceeding to consideration of a permanent injunction. Indianans can breathe a sigh of relief as these dangerous provisions will remain enjoined as the case moves forward to a final judgment.

With the passage of HB 497, Utah became the second state to pass an Arizona-inspired piece of legislation that targeted Utahans of color for discrimination. The law, which was signed on March 15, 2011, contains many of the same “show me your papers” provisions contained within the currently blocked Arizona law.

On May 3, the National Immigration Law Center, the American Civil Liberties Union, and the American Civil Liberties Union of Utah filed a class-action legal challenge to HB 497. Following a prompt hearing, the entire law was temporarily blocked, pending a hearing on the preliminary injunction request. That hearing to determine whether the law will remain blocked until the courts make a final determination of the law’s constitutionality has been set for December 2.

The fight to permanently defeat Arizona’s SB 1070 is far from over. The state of Arizona has attempted to get the U.S. Supreme Court to hear a challenge to the preliminarily injunction blocking key portions of SB 1070 from taking effect. We are likely to find out in December 2011 whether the High Court will agree to hear the case. In the meantime, the civil rights coalition that challenged SB 1070 is moving forward to stop other portions of the law that were allowed to take effect. Just last week, the coalition filed a motion to preliminary enjoin the provisions in the law banning the hiring or solicitation of day labor in the state—provisions that violate basic First Amendment rights.

Emboldened by Alabama’s current legal success, anti-immigrant legislators have vowed to use this draconian, racist law as a model in their own state houses as soon as state legislatures reconvene in 2012. What is happening today in Alabama could, sadly, be coming to a state near you. This is the time to let lawmakers know that these misguided attempts to terrify children, marginalize communities, and trample on sacrosanct constitutional rights will not be tolerated. While most courts faced with the legal questions surrounding these laws have resoundingly agreed that these laws fails constitutional muster, the ultimate battle will not be won in the court house. It will be won only by a steady and rising chorus of voices rejecting the politics of hate and division promoted by these laws.