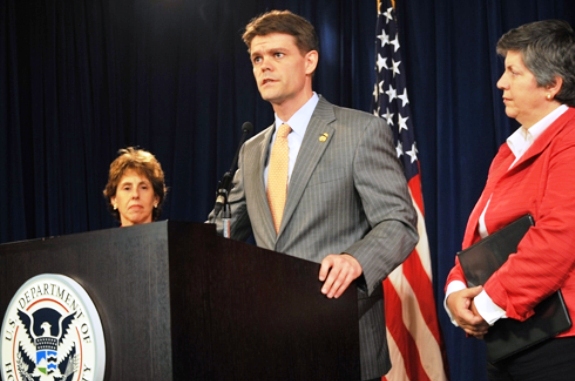 It’s been almost six months since ICE Director John Morton issued new guidelines on prosecutorial discretion to help ICE agents, attorneys and other officials distinguish between high priority cases (national security threats and serious criminals) and low priority cases (DREAM Act students). A recent survey released by the American Immigration Lawyers Association (AILA) and the American Immigration Council takes a look at how well those guidelines are translating into actual practice at ICE offices around the country. While the results show that prosecutorial discretion was applied in some cases, the majority of cases show that ICE field offices are confused and hesitant to make decisions, demonstrating the need for more guidance and training from DHS headquarters.

The survey tracks the attitudes and responses to 252 cases from across the country in which immigration attorneys requested the use of prosecutorial discretion. Although attorneys sought different outcomes—some sought the termination of a case, others deferral of removal or the close of a case in immigration court—it appears that similar cases received different treatment in different parts of the country. In some cases, requests which seemed to squarely fit within the guidance were denied summarily.

Granted, the use of discretion is fundamentally a judgment call, so disagreements about whether a particular case was properly decided are legitimate. But the point of this survey is not to suggest that all denials were incorrect, rather, to determine whether local ICE offices have the tools, guidance and training they need from DHS headquarters to make consistent decisions. It is clear that at the time the survey was conducted, they did not.

ICE, however, has acknowledged the need for more training. John Morton has been taking his show on the road, pressing for responsible decision-making. Likewise,  Secretary Napolitano has argued that prosecutorial discretion is a critical law enforcement tool that moves immigration officer away from viewing all undocumented immigrants in the same light.

The ICE training is a good sign and continuing to track the results of that training is essential to making it work. But if DHS truly wants to maintain the momentum and value of its policy decisions, it must continue to provide guidance and training throughout the department.  Both USCIS and CBP officials, as well as ICE agents, need to be held accountable and to understand the new expectations. The proposed review of all immigration cases currently pending before the immigration judges must begin to show some results as well.

In short, at the six month mark, it may be understandable that there is still some confusion about how to execute the policy. But by next year, people will be even less willing to give the government the benefit of the doubt without more evidence that Washington policy has translated into field action.