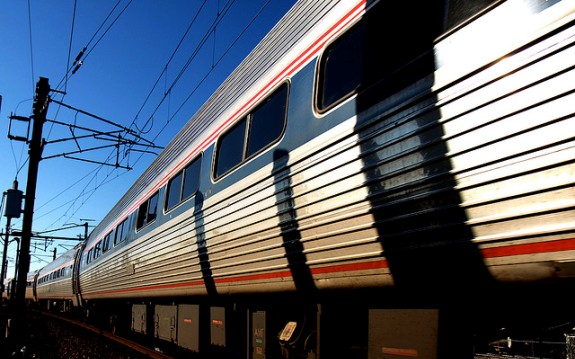 When news broke last month that the Border Patrol would scale back raids on trains and buses near the northern border, the response from Capitol Hill was rather predictable. In a breathless letter to Homeland Security Secretary Janet Napolitano, Sen. Chuck Grassley (R-Iowa) fretted that the policy will “entice potential terrorists, drug smugglers, and illegal immigrants to attempt to enter the country.” But as demonstrated by a comprehensive report released by civil rights groups last week on transportation raids in upstate New York, the Border Patrol’s new northern raid policy was long overdue.

As the report makes clear, interrogating passengers on domestic trains and buses not only diverts Border Patrol agents from their primary responsibility—protecting the borders—but has resulted in widespread legal violations against both immigrants and U.S. citizens alike. Specifically:

In a typical raid, Border Patrol agents board a train or bus and ask passengers questions about their immigration status. As the report points out, questioning people in this manner—though technically legal—exploits a somewhat arbitrary distinction created by the Supreme Court. Under the Constitution, law enforcement agents must suspect a person of illegal activity to physically hold them for questioning. But so long as an ordinary person would feel free to ignore an officer’s questions, the Supreme Court has held that police can interrogate whoever they wish, however they wish. Because most people are unaware of their right to ignore questions from law enforcement officers, Border Patrol agents engage in conversations that are “consensual” under the law, even if the people being questioned feel they have no choice but to respond.

The report also notes that the targets of transportation raids are not merely immigrants who are in the country illegally. Instead, and as was also reported earlier this year by the Chronicle of Higher Education, hundreds of international students and scholars have been wrongfully detained—sometimes for days or weeks—after being encountered on trains or buses by Border Patrol agents. In one particularly egregious example, a music student from China was held in detention for three weeks despite possessing valid immigration status.

More broadly, last week’s report adds even more evidence suggesting the Border Patrol routinely fails to respect the rights of noncitizens they encounter. In September, the Arizona-based organization No More Deaths released a report chronicling rampant abuses against migrants in short-term Border Patrol custody, including denial of food, water, and medical services; infliction of physical abuse; failure to return personal property, including money; and detention in overcrowded and non-temperature controlled cells. Of equal concern, agents along other parts of the border have long been accused of intimidating immigrants they encounter into accepting “voluntary” departure rather than have a hearing before an immigration judge, which could lead to relief from deportation.

While the Border Patrol serves an undeniably important function, the conduct of its agents has for too long gone unquestioned. Even assuming the tactics described in last week’s report are no longer in use, the agency remains in sore need of more oversight.