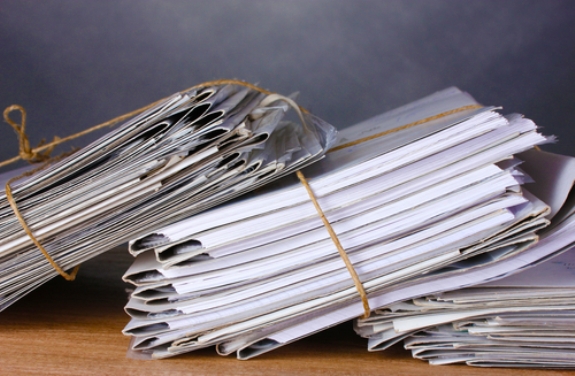 Despite the devastating consequences of state immigration laws in Alabama and Arizona, legislators in other states have introduced similar enforcement bills this year. Legislators in Mississippi, Missouri, Tennessee and Virginia introduced an array of costly immigration enforcement bills in their 2012 legislative sessions—some which are modeled on Arizona’s SB 1070. While study after study continues to document how these extreme state laws are costing state economies, disrupting entire industries and driving communities further underground, state legislators clearly aren’t getting the message.

Last month, legislators in Mississippi introduced a slew of anti-immigrant bills. State Senator Joey Fillingane, for example, introduced SB 2090, a bill which requires police to check the immigration status of anyone they reasonably suspect is undocumented, makes it a crime to fail to carry proper immigration documents and a crime to harbor or transport an undocumented immigrant, and a misdemeanor for an undocumented immigrant to apply for or solicit work. Both the Mississippi House and Senate passed different versions of this bill, but are expected to hammer out one bill to send to the governor’s desk for a signature soon.

In Missouri, state Senator Will Kraus recently introduced SB 590, a bill which requires police to determine the immigration status of individuals they reasonably suspect are unauthorized and makes it a crime not to carry immigration documents. Missouri’s bill, like Alabama, however takes the law a step further by requiring schools to verify the immigration status of enrolling students and their parents. Remember that the U.S. Department of Justice blocked a similar provision in Alabama’s immigration law, HB 56, last October. Missouri’s legislature passed the bill out of committee last week—a bill likely to cost Missouri millions.

The House Judiciary Committee in Tennessee advanced an immigration bill this month, HB 2191, a bill which makes it a felony for anyone in the state to knowingly conceal, harbor or transport an undocumented immigrant. Tennessee’s copycat bill, HB 1380—which requires police to question the immigration status of those they suspect of being undocumented—was put on hold this month due to budgetary concerns, despite Governor Bill Haslam’s public support of the bill days earlier. HB 1380 was also shelved last year due to $3 million price tag, but the bill’s sponsor, Rep. Joe Carr, doesn’t seem like he’s giving up.

“Putting it behind the budget doesn’t kill it. It basically parks it,” Carr said. “We are prioritizing the state’s stance on illegal immigration based on the financial resources we have. We’ve got a very targeted approach to tackle illegal immigration here in the state.”

In Virginia, where control of the Governorship, House of Delegates and Senate recently changed hands to those with an enforcement heavy agenda, legislators recently introduced two Arizona copycat bills—SB 460 and its companion bill HB 1060—which allow police to determine the immigration status of those they suspect are in the country without documentation. Although SB 460 failed this week after a split vote in the Senate’s Courts of Justice Committee, it’s companion bill, HB 1060, was recently assigned to Virginia’s House Courts of Justice Sub-Committee.

And that’s only some of the immigration legislation moving through state legislatures. Other states have introduced other enforcement bills this year, each likely to hurt local businesses, families and state coffers.

Just this week, a report out of the University of Alabama estimated that Alabama stands to lose $11 billion in GDP and nearly $265 million in state income and sales tax due to their extreme immigration enforcement law, HB 56. Utah’s copycat law HB 497 (temporarily blocked last year) has cost the state $85,000 to defend, according to government reports. Arizona lost $490 million in tourism revenue last year, $86 million in lost wages, 2,800 lost jobs and more than $1 million in legal fees in defending SB 1070.

As states continue to move forward on these and other immigration enforcement bills, one wonders how much larger the writing on the wall has to be before state legislators realize these laws are costing taxpayers. Yes we need solutions to our immigration problems, but creating a complicated and costly patchwork of state laws isn’t bringing us any closer to that solution.