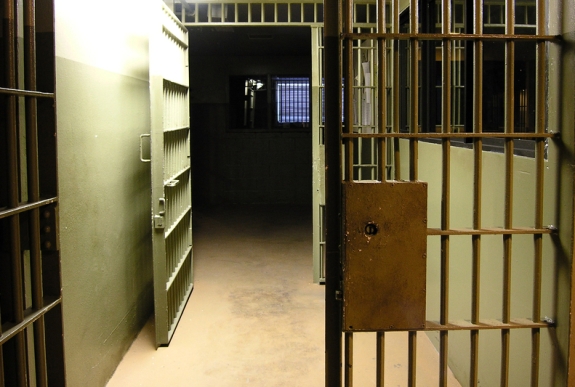 February was an important month in the debate over immigration “detainers,” the controversial tool used to strong-arm local jails into holding immigrants on the federal government’s behalf. In Connecticut, a class-action lawsuit was filed attacking detainers’ many legal vulnerabilities, and the Governor announced that state jails will not honor them in all cases. In Illinois, Cook County received another pointed letter from Immigration and Customs Enforcement (ICE) Director John Morton over a local ordinance enacted last year. While immigration detainers are a subject of legitimate public debate, the controversies demonstrate how ICE has resorted to making disingenuous legal claims in apparent hopes spreading the mistaken belief that immigration detainers must be honored.

The biggest development of the month occurred in Connecticut, where the Worker and Immigrant Rights Advocacy Clinic at Yale Law School filed a class-action lawsuit on behalf of state and local inmates held under immigration detainers beyond their date of release. As noted in the complaint, holding persons solely under the authority of an immigration detainer—a federal form that ICE issues when it begins investigating an inmate’s immigration status—violates numerous constitutional provisions. Days later, when ICE announced the activation of Secure Communities in Connecticut, a spokesman for Gov. Dannel Malloy announced that state jails would not always honor immigration detainers but would consider doing so on a case-by-case basis.

Unfortunately, rather than concede that immigration detainers are mere requests, ICE officials resorted to vague language and veiled threats to create the impression that they are mandatory. In a story published in the Connecticut Mirror, for example, ICE spokesman Ross Feinstein said ICE “expects” local law enforcement agencies to honor the agency’s detainers. ICE also claimed, as it has on prior occasions, that it may “compel compliance through legal proceedings” to ensure local jails honor immigration detainers. In truth, as ICE has privately acknowledged in the past, immigration detainers are requests, not commands, and local authorities cannot be punished for declining to honor them.

Meanwhile, in Cook County, Ill., the Board of Commissioners received another pointed letter from John Morton over a county ordinance forbidding the sheriff from honoring detainers unless the federal government agrees in writing to reimburse it for the cost. In a January letter to the Board, Morton said the ordinance “may” violate federal law and threatened to block federal money owed to the county through an entirely separate program. After the Board President rebuked his claims, Morton responded with a letter in February offering to partially reimburse the county for the cost of detainers—but only if the Board repealed or amended its original ordinance.

As with its response in Connecticut, ICE’s confrontation with Cook County has only highlighted the dubiousness of its legal claims. Contrary to Morton’s assertion, the federal law in question requires localities to permit communication with ICE, not acquiesce to agency requests to detain immigrants on the federal government’s behalf. Indeed, even if Congress wanted to make immigration detainers mandatory, it could not: under a Supreme Court decision issued more than a decade ago, the federal government cannot force cities and states to assist in the enforcement of federal law. Morton’s most recent letter also offers to assume custody of immigrants immediately upon release, but that would not relieve the county of much greater costs associated with detainers—for example, incarcerating immigrants who purposely decline to post bond to avoid a detainer being triggered in the first place.

While ICE is free to argue that immigration detainers should be honored as a matter of policy, the agency is being disingenuous—if not dishonest—by insinuating that detainers must be honored as a matter of law. Unless ICE brings a lawsuit against Cook County, Connecticut, or any one of the growing number of municipalities who are refusing to honor immigration detainers, any claim that detainers are mandatory should be recognized for what it is: pure legal bluster.