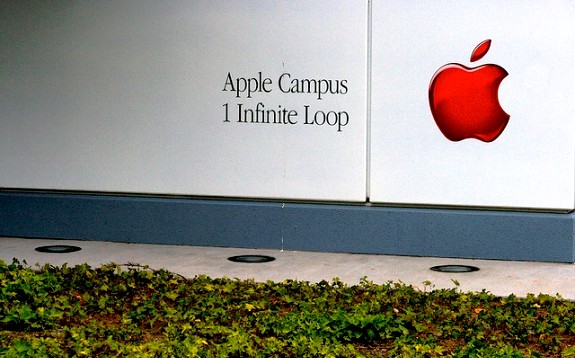 Although the DREAM Act remains stalled in Congress, students and youth activists across the U.S. continue to mobilize, march and fight for legislation that would provide a pathway to legal status for thousands of deserving undocumented students. But they aren’t the only ones fighting for a fair way forward for these students. The Wall Street Journal recently reported that a group of technology leaders from Silicon Valley are providing scholarships, career advice and legal assistance to undocumented students through a campaign called Educators for Fair Consideration (E4FC). Backers of E4FC— and initiatives like it—include Jeff Hawkins of Palm Pilot; Andrew Grove, cofounder of Intel; and Laurene Powell Jobs, widow of Apple’s Steve Jobs.

E4FC founder Katharine Gin said the project was initially just going to provide scholarships to get the students through college, assuming Congress would pass the DREAM Act and they would receive legal status and be able to work. However, Congress’s failure has prompted E4FC to expand its mission.

“We think Congress’s inaction…is devastating for these students and tragic for the country,” said Ms. Powell Jobs, who was one of the first in the tech community to champion the Dream Act by lobbying her congresswoman and writing an op-ed piece supporting the legislation.

Some of the Silicon Valley leaders are considering offering unpaid internships as a way to bring outstanding students to the attention of employers who may sponsor them for visas. One undocumented 23-year-old with a degree in civil engineering reported that he had five job offers in the last two months, offers that were eventually revoked due to his immigration status, according to the Journal.

Unfortunately, some legislators remain close-minded about the potential of DREAMers. Marco Rubio, Senator from Florida and potential Vice-Presidential candidate, recently  met with an undocumented high school valedictorian Daniela Pelaez, who is facing deportation. Rubio refused to endorse the DREAM Act, calling it the “wrong way to do the right thing.”  Rubio continued:

Instead, my hope is to come up with a bi-partisan solution to this problem. One that does not reward or encourage illegal immigration by granting amnesty, but helps accommodate talented young people like Daniela, who find themselves undocumented through no fault of their own.

Which is exactly what the DREAM Act is. Not so long ago, the DREAM Act passed each chamber with strong bipartisan support, proving both political parties could come together to support a commonsense immigration reform measure. Now fairness and compassion has taken a back seat to politics, which leaves hard-working, deserving students with few options.

“The U.S. has put a lot of money into [undocumented students] already. It makes no sense to dead-end them after they are educated.”