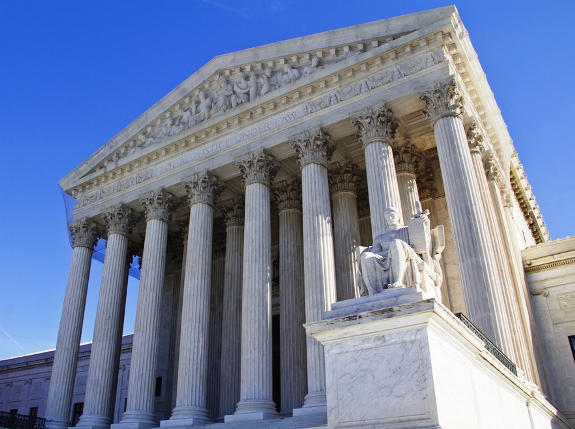 When Arizona Governor Jan Brewer wagged her finger in President Obama’s face at a Phoenix airport earlier this year, she may have been seeking to score political points with the White House’s ideological opponents. What the governor may not have realized, however, is that she was giving the Obama administration the photographic equivalent of its closing argument in the legal challenge to SB 1070—namely, that Arizona is more interested in confronting the federal government than cooperating with it.

In addition to citing SB 1070’s numerous conflicts with federal immigration law, the administration’s brief also refuted the contention in Arizona’s brief that it should have greater leeway to create its own immigration policies by virtue of its status as a border state. In a clever legal tactic aimed at conservatives like Justice Antonin Scalia, the government cited an argument in one of the Federalist Papers—articles written by the Framers in defense of the Constitution—that the federal government should have exclusive power over international affairs precisely because states along the border would otherwise be free to incite conflicts with other nations.

While states may be justifiably frustrated with Congress’ failure to reform the immigration laws, the administration’s brief makes clear why they should not be free to create their own immigration policies. No matter their intentions, state politicians like Governor Brewer are powerless to solve the underlying problems of our immigration predicament—problems that only Congress can solve. Even if passed in the name of “cooperation,” laws like SB 1070 only add an additional layer of dysfunction to a system that is already broken.