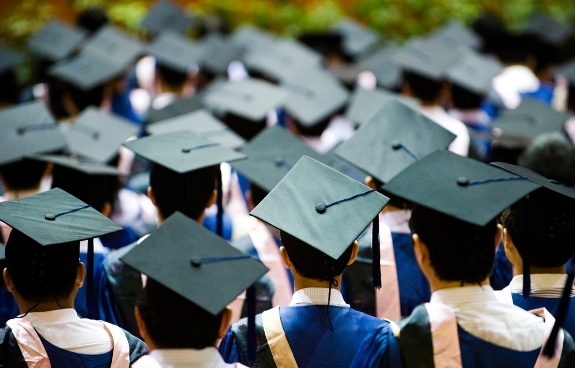 While some state lawmakers continue to push extreme “get tough” immigration enforcement measures through their state houses, others are contemplating the benefits of having more highly educated students in their state. In Indiana, for example, one Republican lawmaker recently amended an education bill to grant in-state tuition to undocumented students already enrolled in state schools, asking “if they’re going to be living here anyway, why not let them be productive members of Indiana society?” Lawmakers in other states, including Colorado and New York, are also pushing for better access to higher education for qualifying undocumented students.

Indiana lawmakers successfully banned undocumented students from receiving in-tuition rates last year when they passed their Arizona copycat law, SB 590. This year, however, Republican Sen. Jean Leising of Oldenburg included an amendment to an education bill (HB 1326) that would restore in-state tuition for undocumented students who enrolled in universities on or before July 2011. State Sen. Leising, who called it “a matter of fairness,” had strong support from Senate education committee members when adding the amendment. Unfortunately, the Senate held the entire bill due to opposition to the amendment.

In Colorado, lawmakers are considering SB 15 (or ASSET), a tuition equity bill that would provide a “standard” tuition rate (higher than in-state tuition, but lower than out-of-state) to qualifying students regardless of their immigration status. The bill, which has been preliminarily approved by Colorado’s Democratic Senate, now goes to the Republican House where it awaits further committee assignment. Last year, a tuition equity measure died in the House Judiciary Committee.

Undocumented students are part of our economy, and educating them — and not branding them for speaking other languages — creates an environment for them to be contributing members of our society. I truly believe that access to education for all of our children will not only benefit them personally but also benefit everyone who lives here.

And in New York, where undocumented students already have access to in-state tuition rates, lawmakers are still considering the New York DREAM Act (S 4179). Introduced in March 2012, the New York DREAM Act would allow qualifying undocumented students to apply for private and public financial assistance, like the state’s Tuition Assistance Program. The bill has been backed by Senator Gillibrand, Mayor Bloomberg, the State and City University systems and the New York Board of Regents. According to a recent Fiscal Policy Institute analysis, “there are strong fiscal and economic benefits to the state when the labor force is better educated.” For example, “increasing the education level of workers also increases their productivity, and the more highly educated a state’s labor force, the more attractive is that state as a place to locate businesses.”

Twelve states currently have laws permitting certain undocumented students who have attended and graduated from their primary and secondary schools to pay the same tuition as their classmates at public institutions of higher education, according to the National Immigration Law Center. The states are California, Connecticut, Illinois, Kansas, Maryland, Nebraska, New Mexico, New York, Oklahoma, Texas, Utah, and Washington. In addition, Rhode Island’s Board of Governors for Higher Education voted unanimously to provide access to in-state tuition at the state’s public colleges and universities to certain students, regardless of their immigration status, beginning in 2012. It’s also worth noting that Minnesota provides a “flat” tuition rate in some of its college systems.