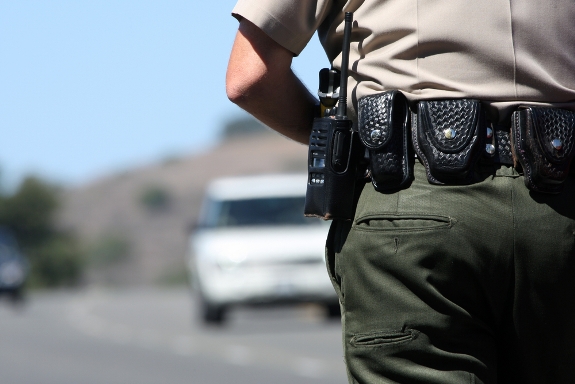 The priorities of immigration enforcement authorities, such as ICE and the Border Patrol, often do not align with those of local law enforcement agents. When local law enforcement officials are charged with enforcing federal immigration laws, unauthorized immigrants tend to lose trust in, cease interacting with, and often do not report crimes to law enforcement officials when they have reason to fear detainment or deportation in any encounter. So concludes a new report by the Center for American Progress entitled, “Life as an Undocumented Immigrant: How Restrictive Local Immigration Policies Affect Daily Life.”

Drawing on interviews with unauthorized immigrants in San Diego, authors Angela S. García and David G. Keyes confirm that when local law enforcement are forced to implement federal immigration law, undocumented immigrants recede into the shadows and avoid interactions with authorities. This lack of cooperation makes it difficult for law enforcement to build trust in the community, putting law enforcement officers at a significant disadvantage.

The report highlights the city of Escondido in San Diego county, which has a series of DUI and sobriety checkpoints. Civil rights groups believe these checkpoints are meant as an attack on the immigrant community, putting unlicensed immigrants—many of whom live in mixed-status families—at risk for deportation. To make matters worse, Escondido has made millions of dollars in the past eight years from these checkpoints, largely from the towing and impounding of vehicles driven by unlicensed drivers, according to the ACLU.

But then San Diego has consistently been at the vanguard of anti-immigration enforcement. In 2009, it became the first jurisdiction in California to participate in Secure Communities, which automatically runs arrestees through immigration databases.  San Diego’s various incorporated cities have also passed such measures as a rental housing ban for unauthorized immigrants (repealed following a lawsuit in 2011) as well as anti-day-labor ordinances.

The result? According to the report, “Immigrants react to legal threats and hostile reception by going underground: They hold negative perceptions of local law enforcement, associate routine activities such as driving and walking with anxiety and the risk of deportation, and develop strategies of avoidance and fitting in to mitigate the discovery of their unauthorized status.”

While these tactics have not significantly reduced the size of the unauthorized population, the anxiety associated with possibly encountering law enforcement has given rise to a variety of adaptive strategies, from altering one’s appearance to avoiding taking children to school. Still, many of those interviewed for the study reported finding other avenues to acting as responsible community members, such as having friends and relatives with legal status report crime on their behalf.

The report concludes with several recommendations for more efficient enforcement policies. Local officials should avoid passing hostile enforcement measures, for example, and instead try to integrate immigrants into their communities. They should also reach out to immigrants to inform them of their role in achieving overall public safety. Finally, the federal government should pass comprehensive immigration reform to help bring unauthorized immigrants out of the shadows, as well as provide clearer guidelines on the proper use of Secure Communities and to allow for prosecutorial discretion when unauthorized immigrants are detained.

Such efforts would go a long way in helping police keep communities safe.