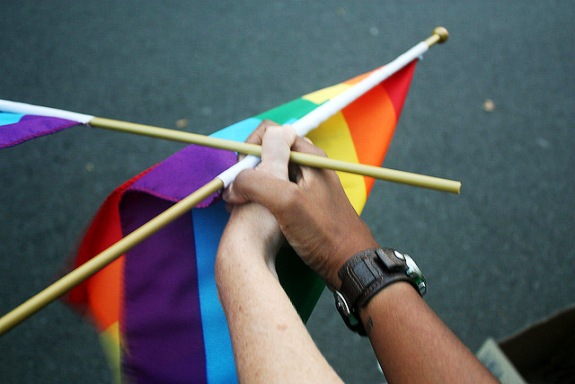 Same sex couples face often insurmountable hurdles when it comes to immigration status.  Under the Defense of Marriage Act (“DOMA”), lesbian and gay U.S. citizens and lawful permanent residents are barred from obtaining immigrant visas for their spouses.  When Congress enacted DOMA in 1996, no state celebrated marriages between gay and lesbian couples.  But, the landscape has changed.  Today, lesbian and gay couples in six states plus the District of Columbia have the freedom to marry under state law.  This welcome progress, however, does not help the estimated 36,000 lesbian and gay bi-national couples living in the United States.  Because DOMA prohibits immigration authorities from recognizing same sex marriages that are legal under state law, bi-national married couples continue to face potential separation.  However, last week brought us closer to immigration equality for lesbian and gay couples.

On Wednesday, the First Circuit Court of Appeals in Boston heard oral arguments in two cases challenging the constitutionality of DOMA’s definition of marriage.  The hearing marked the first time a federal appellate court heard arguments on this issue, and it will likely be the first appellate court to rule on DOMA’s constitutionality, probably within the next few months.  The district court below had concluded that DOMA’s definition of marriage is unconstitutional because there is no rational basis for discriminating against married same sex couples.  As a lawyer for Gay and Lesbian Advocates and Defenders (GLAD) – a leading legal rights organization that represents the plaintiffs in one of the cases – explained:

“The promise of equal protection is that likes are to be treated alike – but DOMA treats married same-sex couples differently from all other married persons, making gay people and our marriages unequal to all others.”

Notably, two of the lawyers urging the First Circuit to strike down DOMA argued on behalf of the government – one on behalf of the Obama Administration and the other on behalf of the Commonwealth of Massachusetts.  Because the Obama Administration has declared it will not defend the law, the U.S. House of Representatives has stepped in to do so.  The House, in turn, hired former Bush Solicitor General Paul Clement.  (Incidentally, Mr. Clement appeared before the U.S. Supreme Court the week before to challenge the health care law.)  Although these cases arise outside the immigration context, the court’s resolution of them will likely affect immigration cases as well.

In addition to this historic argument, last week, five bi-national married couples filed a lawsuit in New York challenging DOMA in the immigration context.  The couples are lawfully married but, because of DOMA, the U.S. citizen spouse is precluded from successfully petitioning for an immigrant visa for the noncitizen spouse.  “As a nation,” the court complaint says, “we want to keep families together, not rip them apart.”  Yet, as the plaintiffs’ stories demonstrate, DOMA does the opposite.  For example, one of the plaintiffs was unable to accompany his spouse to the United States for medical treatment for a serious condition.  Another plaintiff was unable to return to his home country for his father’s funeral because he feared that, if he did so, he would not be permitted to reenter the United States lawfully and would be permanently separated from his spouse.  A third couple has postponed starting a family out of concern that they will not be able to raise their children together in the United States.

The couples, represented by Immigration Equality, simply want the immigration agency to treat them as they treat heterosexual married couples. For these couples, a judicial resolution of DOMA cannot come too soon.