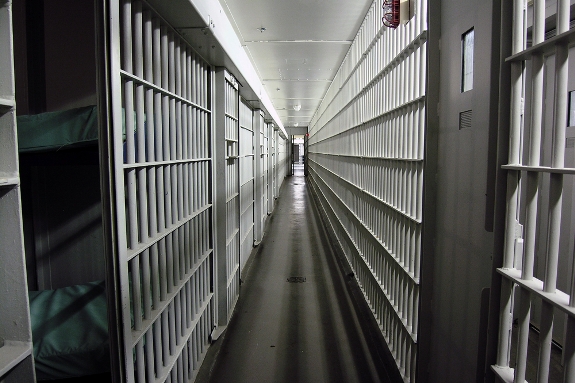 Immigration violations are civil, not criminal infractions. But for many non-criminal immigrant detainees living alongside criminal inmates at the Etowah County Detention Center in Alabama, that distinction carries little meaning. Far removed from families and legal orientation programs, many of the 350 immigrant detainees housed at the Etowah Detention Center have received deportation orders, but for various reasons cannot be deported. Many are serving the maximum allowable time in detention, and are doing so under poor living conditions at a great cost to American taxpayers. In fact, a recent report by the Women’s Refugee Commission reveals that ICE continues to operate facilities like Etowah that fail to meet even its own detention standards.

The Commission’s new report, “Politicized Neglect: A Report from Etowah County Detention Center,” found that Etowah detainees “have final orders of removal but cannot or will not ultimately be removed, often due to the lack of diplomatic relations between the United States and their home country or because an individual is stateless.” Some reported being told by ICE that even though they could not ultimately be deported, they would still have to spend either 90 or 180 days at Etowah before being released. And some reported being detained for even longer.

“Everyone we interviewed, as well as those who wrote to us after our visit, had been at Etowah for several months, and in some cases had been detained there for over one year,” the report states.

Federal law entitles immigration detainees to a legal review of their detention after 90 days, and again after a second 90-day period. After six months, it is only under exceptional circumstances, and with continuous judicial review, that detainees may remain locked up. A 2009 analysis of ICE data, however, showed that of the 32,000 detainees in the United States at that time, 4,170 had been detained for six months or longer, and 1,334 for one year or more.

Ordinarily, such long periods of detainment are often the result of protracted legal proceedings. But according to the report, many of the Etowah detainees had either already received final orders of deportation, or languished in the remote prison with no way to navigate the legal intricacies of their case or ensure their timely release. “Those who are trying to handle their immigration cases without a lawyer often struggle,” the report says.

Furthermore, the report found that Etowah Detention Center is rife with abuse and poor living conditions. Detainees reported lack of basic medical care, uninvestigated violence, and inadequate and insufficient food. According to the report:

One detainee, after having reported an assault, told us he was given only ibuprofen to help alleviate pain. Another detainee, despite having been the victim of a rape that he reported at a previous facility and to a psychiatrist, received no further counseling and said he had repeatedly been denied an HIV test.

And then there’s the cost. To detain a single immigrant costs $166 daily, or $60,590 annually. That means American taxpayers spend approximately $5.5 million to detain an average of 33,330 immigrants every single day, and over $2 billion annually. Clearly, detaining non-criminal, non-deportable immigrants for as long as legally allowable is a waste of tax dollars and does nothing to make communities safer.

And although the Etowah Detention Center has made a series of reforms to better comply with ICE detention standards as of March 2012, the Women’s Refugee Committee’s report ultimately finds that “no amount of reform at Etowah can justify its continued use for ICE detainees,” many of whom ICE knows are not deportable. Given DHS’s promise of a detention system overhaul, one would think that alternatives to detention for many of these inmates would be a no-brainer.