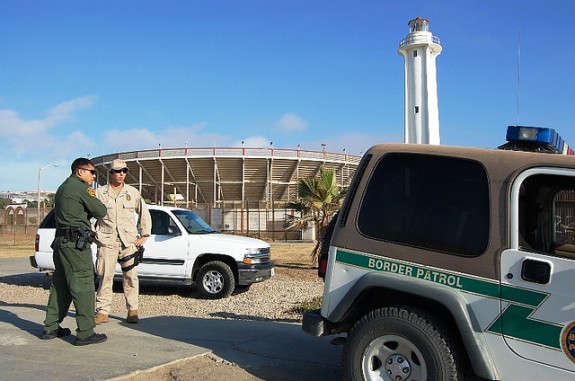 A comprehensive new report finds that the fortification of the U.S.-Mexico border which began two decades ago has reached the limits of its effectiveness, has produced severe negative side effects, and should be systematically re-evaluated. In Beyond the Border Buildup: Security and Migrants Along the U.S.-Mexico Border, the Washington Office on Latin America and the Colegio de la Frontera Norte argue that the U.S. border buildup has never been guided by a comprehensive security strategy. But now that unauthorized immigration has reached historic lows, says the report, the time is ripe to stop throwing money into fragmented enforcement efforts and determine precisely what those enforcement efforts are supposed to accomplish.

There are three principal findings in the report:

More border enforcement will yield rapidly diminishing returns. As the report describes, “fences now exist in all but the most remote and impassable areas” and unauthorized migration has dropped to levels not seen in 40 years—a consequence not only of border enforcement, but also the anemic U.S. economy and the violence of Mexican organized crime groups. As a result, “the ratio of dollars per apprehension is at historic highs,” meaning that “additional dollars for current border security priorities will yield little additional payoff and are unnecessary.” Existing resources should be used to improve security at ports of entry, where most smuggling actually takes place, rather than further fortifying areas between ports of entry.

Current border-enforcement efforts are producing severe side effects. Despite the decline in unauthorized immigration, many migrants are still dying in the desert from exposure as they attempt to evade U.S. border enforcement and make the journey into the United States. The difficulty of the journey is also driving migrants into the hands of violent organized crime groups that control cross-border smuggling routes for drugs, guns, and people. Migrants are regularly robbed, raped, or killed by members of these crime groups.

It is time to pause and reconsider the current approach to border enforcement. “Border security” is now an ill-defined goal that is entrusted to a wide range of enforcement personnel, from the Border Patrol and the Bureau of Alcohol, Tobacco, and Firearms to state and local police in border states. This fragmented approach must be replaced by a “unified, binational border security strategy” that is “efficient, effective, and humane,” and which is developed jointly by the United States and Mexico. Such a strategy would, among other things, “guarantee that nobody dies of dehydration or hypothermia on the soil of one of the world’s wealthiest countries.”

The report urges both the United States and Mexico to change course now and remake the border jointly. According to the report, “the present moment—marked by flattening budgets, plummeting migration, and new presidential terms about to begin in both countries—offers a golden opportunity to pause and reconsider” the disjointed approach to border security that now prevails. The report emphasizes that “a true ‘21st century border’ would not be thrown open to all who wish to cross. But nor would it subject vulnerable people to the horrific experiences that are too common today.”

In other words, a 21st century strategy for securing the southern border would focus on keeping out or catching people who might do us harm, not on funneling job seekers and family migrants into the desert or the open arms of violent criminals.