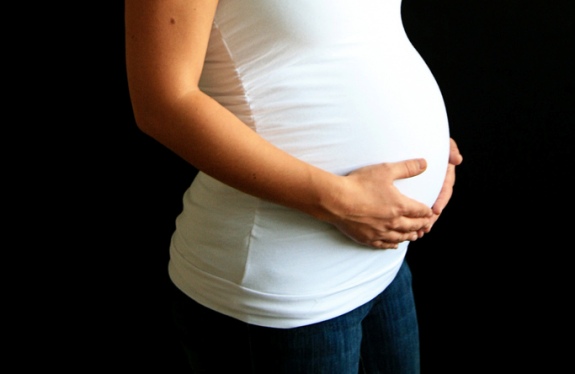 In a move that brought together an unusual group of allies, Nebraska’s Republican-controlled legislature recently upheld a bill that allows undocumented pregnant women to access state-funded prenatal care, overriding a veto by Republican Governor Dave Heineman. Nebraska Right to Life, Nebraska Catholic Conference, Planned Parenthood, and Nebraska Appleseed actually came together to support LB599, a bill the governor worked hard to kill. Why would Gov. Heineman, a man who describes himself as the one of the most pro life governors in America, oppose a bill that helps protect unborn children? Because, as the New York Times put it, he believes “government-financed health care for poor women is an acceptable thing, unless the women were in violation of immigration laws, in which case it was a terrible waste of taxpayer dollars.”

The bill (LB599) allows undocumented pregnant women to apply for and receive prenatal care through the State Children’s Health Insurance Program (SCHIP) which receives matching funds (up to 70%) from the federal government. Previously, Nebraska provided prenatal care to low income women, including undocumented immigrants, through Medicaid, but the federal government ended that policy in 2010.

Despite the fact that LB599 will provide care for an estimated 1,100 children a year, Governor Heineman contends Nebraskans shouldn’t have to support unborn children if they belong to undocumented immigrants:

“This is an issue of fairness,” Gov. Heineman said. “Hard-working Nebraskans pay their taxes and obey the laws. Illegal aliens who don’t pay taxes and don’t obey the laws should not be receiving taxpayer-funded benefits.”

Nebraska lawmakers, however, found that “unborn children don’t have an immigration status and therefore are not within the scope” of state law that denies benefits to undocumented immigrants. Mike Flood, Republican speaker of the state’s Legislature, said that while addressing immigration is important, addressing the “health concerns for unborn children who lack access to prenatal vitamins, ultrasounds, doctors and nurses” is more important. Religious leaders, pro-life groups and health care providers agree.

Nebraska Right to Life asked the governor and other lawmakers who opposed the bill how they can reconcile opposing a bill that provides care for unborn children, regardless of immigration status, with their pro-life beliefs. The group wrote in a letter:

“It is sad and alarming that we have come to this point where some of the major pro-life leaders in the Legislature are choosing to put the illegal immigration issue and who pays for what, over the life and health of babies in the womb,” the letter said. “When did it become important to pick and choose which babies deserve prenatal care and which babies don’t, by virtue of whose womb they reside in? How is it ever right to say that some babies are more deserving than others?”

Rebecca Rayman, who runs a health care clinic that provides free care to low income women in the state, said she has seen a dramatic influx of patients due to federal funding cuts. Like pro-life and religious advocates in the state, Rayman believes that this is a health care issue, not an immigration issue. “[In America], we don’t punish the innocent,” Rayman said. “And a newborn child is innocent.”

According to estimates, nearly “870 undocumented immigrants and 750 documented residents” in the state lost coverage in 2010. Nebraska new bill stands to restore funding that will provide much needed care to women and their children, whom, should they be born on American soil, will be fully fledged U.S. citizens.