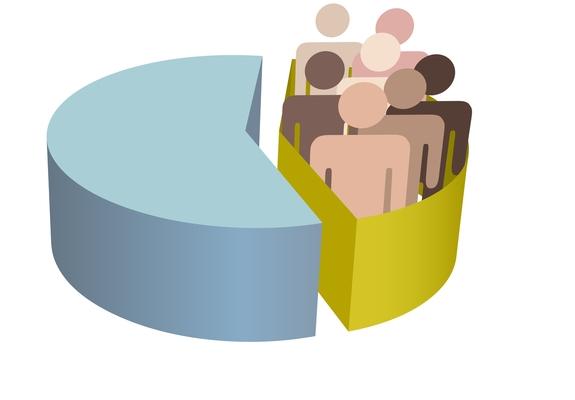 On the same day the Supreme Court heard oral arguments in Arizona v. United States the Washington Post published an article featuring Michael Hethmon, general counsel for the Immigration Reform Law Institute. Hethmon is the lesser-known legal mind behind SB1070, and a variety of other anti-immigrant measures. His legal counterpart, Kris Kobach tends to get the spotlight; however Hethmon didn’t shy away from the Washington Post this week and was frank about his views on the real issues underlying SB1070.

“Immigration is “on track to change the demographic makeup of the entire country. You know, what they call ‘minority-majority,” said Hethmon. ”How many countries have gone through a transition like that — peacefully, carefully? It’s theoretically possible, but we don’t have any examples.”

He then explains how a Supreme Court victory in SB1070 will pave the way for similar laws to be passed in additional states, particularly in the ones where “nativist sentiment” runs high:

“copycat legislation will explode,” Hethmon said. “This is the classic environment for, if you will, sort of nativist-type sentiment. . . . It should explode at the states or — even better — [Congress] will be provoked to take action.”

Yet, the same day this article ran, Arizona Governor Jan Brewer continued to insist that SB1070 is not about race. The Supreme Court Justices chose to steer clear of racial or ethnic issues during oral arguments over SB1070 as well. However it’s hard to ignore the racial aspects of this law. Particularly when the law’s author is quoted in D.C.’s paper of record stating that SB1070 is, in fact, about dealing with the demographic shifts taking place in America.

This is also not the first time that Hethmon has advertised a broader scheme for limiting the rights of immigrants.  In a New York Times article earlier this year he was crystal clear about how one of the other bills he helped craft, Alabama’s HB56, (which includes a harsh provision that requires public schools to check students’ immigration status) was done as a first step to restrict public education for the children of undocumented parents (many of whom are U.S. citizens).

“The man who wrote the schools provision says…It is, however, a first step in a larger and long-considered strategy to topple a 29-year-old Supreme Court ruling that all children in the United States, regardless of their immigration status, are guaranteed a public education.”

Hethmon’s candor is surprising and his policy goals are clear:  to end, or at least stall, a ‘minority-majority’ nation. However, given his honesty, how much longer can politicians who pass the laws written by Hethmon, do so while insisting that there is no racial intent behind them?