Study Shows Self-Deportation is Irrational Behavior and a False Premise 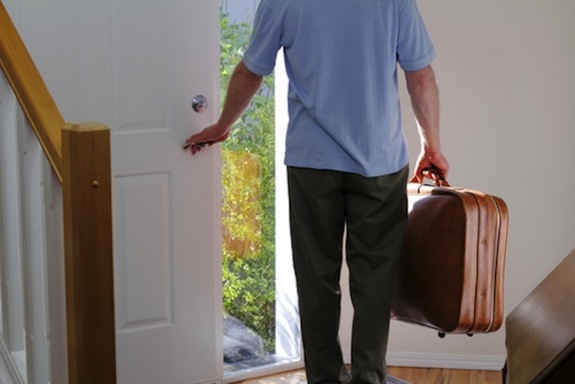 Proponents of “attrition through enforcement” would have you believe that, given the right conditions, unauthorized immigrants will choose to leave the U.S. and return to their home countries. The Myth of Self Deportation, by Alexandra Filindra, questions the assumptions behind the attrition strategy and concludes that self-deportation is not rational because unauthorized immigrants have invested too much in the U.S. to return home.

According to Kris Kobach, Mark Krikorian, Mitt Romney, Russell Pearce, and others, attrition through enforcement is simple: if the federal government ups its enforcement efforts—and if states and localities pass laws granting them additional immigration control responsibilities—and if the police, schools, employers, and state agencies check for proof of legal status, the costs and risks of staying in the United States will increase significantly for unauthorized immigrants. Faced with a high risk of being caught and imprisoned, “rational” unauthorized residents will “give up and deport themselves,” returning to their home countries rather than remaining in the U.S and risking capture, detention, and possible incarceration.

But are immigrants choosing to self-deport? There is very little evidence that large numbers of immigrants are leaving states or localities with harsh anti-immigrant laws. In fact, some who initially leave return later, and others go further underground. In 2008, “Operation Scheduled Departure”—a federal pilot program which offered the option of “self-deportation” to unauthorized immigrants—was quickly shut down after proving to be an absolute failure. The program offered unauthorized immigrants with outstanding deportation orders and clean criminal records the option of being quickly deported, and ICE even offered to pay the transportation costs. ICE spent more than $40,000 on advertising for the program, but in the three weeks that the pilot ran, a total of 136 people called the hotline set up by ICE and only eight people took the offer.

In her paper, Filindra demonstrates why it is not rational to self-deport. Studies conducted by cognitive psychologists and behavioral economists show that humans are more concerned with minimizing their losses than maximizing their assets (or the happiness derived from asset maximization). In other words, people are loss-averse, and when unauthorized immigrants are offered a choice—take the certain loss of “self-deportation” or take the gamble that stepped-up enforcement will identify you, detain you, incarcerate you, and deport you some time in the future—they choose to stay.

According to Filindra, unauthorized immigrants have invested a great deal in living in the U.S. They raised money, made sacrifices, and endured risks to come here:

The majority of undocumented immigrants have deep roots in the United States. Many have lived here for more than 10 years. They have U.S.-born children, and extended families of mixed status. A large number of undocumented immigrants own homes, property, and businesses. They have jobs, business associates, clients. They have friends in church, school, or local associations. Many have invested thousands of hard-earned dollars in attorney fees trying to change their immigration status. In addition, returning migrants will have to absorb the cost of the return trip and also face the probability that no jobs will be available in the home country—the reason for the migration in the first place.

Attrition through enforcement is an ugly and destructive strategy that is also ineffective. While migration flows between the U.S. and Mexico may be at net zero, that does not mean that unauthorized immigrants (many of whom are not from Mexico), who have made significant investments in the U.S. and have U.S.-citizen children, are choosing to return home. That would be irrational.